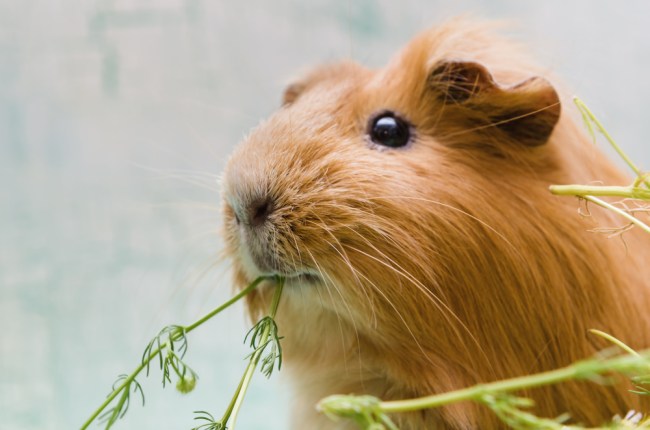 Shane, alas, hadn’t yet experienced the joy of computer-generated guinea pig names, but she’d previously experimented to see what neural networks can do with everything from cookbook recipes to knock knock jokes. So she was up for the challenge.

Shane gave the neural network a dataset, provided by Portland Guinea Pig Rescue, of hundreds of guinea pig names. As she explained in her blog post about the project, “Unlike traditional computer programming in which a programmer invents rules for the program to follow, neural networks have an amazing ability to intuit their own rules about datasets simply by examining them. Given a dataset with enough examples, a neural network can learn the sounds and letter combinations that make a band sound metal, or a tune sound Irish, or a creature sound like a Pokemon.”

After looking over the guinea pig names, the neural network turned out some real winners. Portland Guinea Pig Rescue then christened some of their new arrivals with these names, including:

Shane also posted some of her other favorites, which don’t yet have adorable owners attached to them, on her blog. They include these gems:

She also shared some not-so-favorites that the neural network turned up:

You can see the full list of generated names, and read more about the process, over at her blog.

In an interview with Recursor, Shane laid out her goals for these neural network projects. “In some ways, when [the neural network]’s generating hilarious nonsense, that’s my goal,” she said. “The mistakes are actually what I’m interested in — seeing what kind of interesting mistakes the neural network comes up with.”

However, she also sees the potential of these projects to get more people interested in STEM. “It’s a powerful outreach tool,” she said. “I’ve been contacted by a lot of people who had not heard of neural networks before but now want to start experimenting with them. And I’ve heard from high school students and computer science freshmen who are all saying, ‘This is something I can get started on. How do I do this?’ I’ve really liked that aspect of it as well.”

As a reminder, these cute guinea pigs are no longer in need of names, but they still need homes! With Father’s Day coming up, is there a dad in your life who needs a new, neural-network-named pet to love?

(Via Gizmodo and Janelle Shane; image via)