Guess How Much That Guinea Pig Armor’s Going for Now 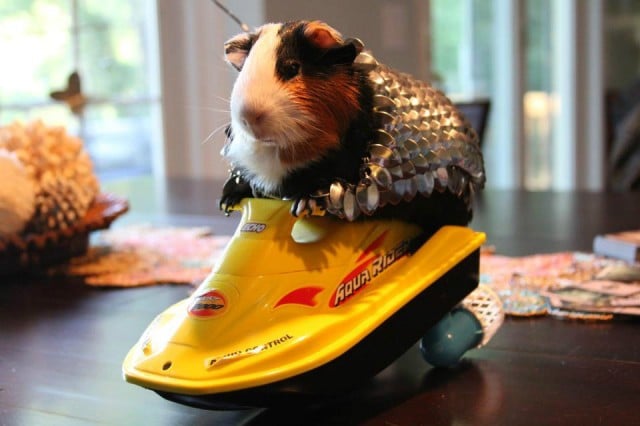 There’s six hours left to place your bid on this astounding guinea pig armor — guess how much you’d have to spend to make your pig’s dream of chivalrous destiny a reality? Hint: You could probably also buy a person-sized jet ski with the same amount of money.

But here’s the real question, as posed by one of our interns: “Why would you get just one? Why not two so you could make your guinea pigs battle each other?” That’s a great idea. Who has a house they’d like to put up for collateral?