"I am Groot," said Groot in a statement. 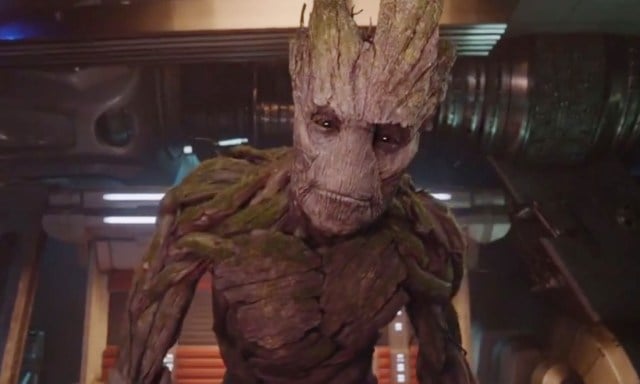 Predictions were Marvel’s very different comic book movie fare would do well at the box office but Guardians of the Galaxy exceeded expectations for its opening weekend.

The film took in $94 million domestically over the weekend making it the top grossing August opener ever. Luc Besson’s Lucy came in at a distant #2 with $18.3 million in its second weekend.

“The debut shattered the record previously held by Matt Damon’s The Bourne Ultimatum, which bowed to $69 million in August 2007,” notes USA Today. “Analysts expected a No. 1 opening of at least $70 million, but the debut still surprised because Guardians is a new franchise.” They also mention Guardians took in $17 million on IMAX screens alone, also an August record.

That’s the third biggest opening of 2014 so far, behind Transformers: Age of Extinction ($100 million) and Marvel’s Captain America: The Winter Soldier ($95 million). It’s also the seventh best opening in history for a non-sequel (or sixth if you count Marvel’s The Avengers as a mega-sequel), outpacing other superhero series debuts such as 2011’s Thor ($65.7 million) and 2011’s Captain America: The First Avenger ($65.1 million). One more fun stat: Guardians is Marvel’s ninth (!) consecutive No. 1 movie, a streak that reaches back to Ghost Rider: Spirit of Vengeance (2012), which debuted at No. 3.

In related box office news, Transformers: Age of Extinction is the first film of 2014 to hit $1 billion globally, and the second in the series to do so. “Time and again, Michael has delivered pictures that audiences around the globe truly love,” said Paramount chairman and CEO Brad Grey in a depressing statement.

Did you see Guardians this past weekend? We’ll have our review up later this morning!