“It Was Too Freaking Sad”: James Gunn Talks About Changing Guardians of the Galaxy‘s Ending 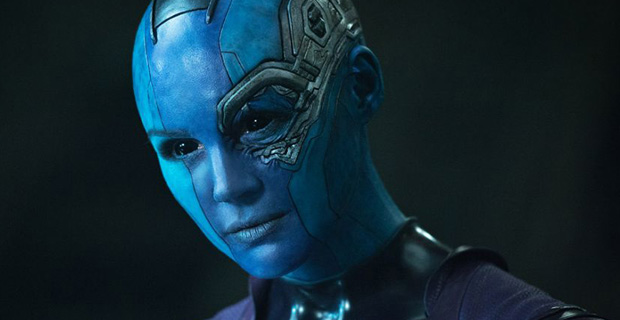 Hey James Gunn, you know what was too freaking sad? The fact that you shot footage of Nebula looking like a right badass and then didn’t use it in the ending of the movie. That’s pretty freaking sad.

But we’re getting ahead of ourselves. Technically what Gunn was really referring to when he spoke at a press event for the upcoming release of the Guardians of the Galaxy Blu-Ray was a scene cut from the movie’s ending montage that depicted Peter Quill’s grandpa looking wistfully up at the night sky. Aw, okay. That’s pretty sad.

He elaborated on the details to /Film:

Grandpa Quill we cut because he was in old age make up and we were a little afraid people wouldn’t recognize that it was him from the beginning of the movie. And also, it was a pretty sad moment. It was Grandpa Quill and he has this photograph of Meredith and Peter as a little boy and he looks up at the stars and we go up to the stars and it was really sweet. It means that he must have seen Quill getting abducted at the end of that day and is still waiting for him to return but it was freaking sad so we took it out.

We here at The Mary Sue are all about sad sci-fi grandpas, so yeah, this seems it would have been right up our alley. But you know what else would have been right there in our alley with lonely Grandpa Quill? The other clips cut from the ending, specifically the one of Nebula dusting herself off and angrily stomping into the sunset to fight another day.

Gunn explains that while they did film Nebula and the Collector more or less dusting themselves off after Ronan is defeated, the scenes were cut because “they’re kind of bad guys in the first movie. It was a real joyous experience with that finale so we thought we’d keep it to the characters that were part of ‘the good team.'” But why exclude them and not Yondu, who’s kind of a jerk? “He did fight on the good guys side,” Gunn noted. “So we thought we would keep it to them.”

Which is a shame, really, because the Nebula footage sounds rad as heck. From Gunn again:

While it’s frustrating to hear about how much Gunn loves Nebula considering that she barely got any screen time in the movie in the first place, I wanna point out the phrasing of what he’s saying here: she and the Collector are bad guys “in the first movie.” We know Guardians is getting a sequel. Sure, Nebula’s always been a villain in the comics (at one point she even fights the Avengers), but what if they were going to give her a Vegeta from Dragonball-Z-style ill-tempered-villain-to-hero redemption arc?

I would pay literally all the money in the world to see that, Gunn. Please, please consider it.