So, pal, what's the source of conflict this time? 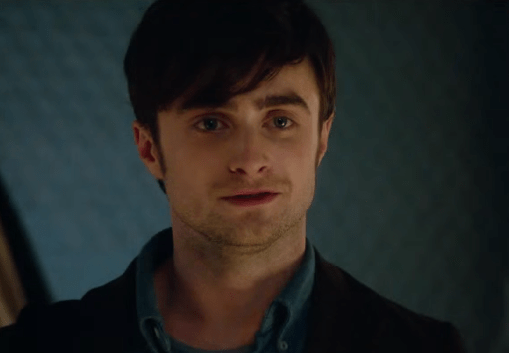 Grand Theft Auto, a game known for its violence and adult nature, generated a lot of news a while back when a Miami lawyer was trying to ban video game violence and decided to make GTA his target. That dispute is the inspiration for a movie with the same name and the protagonist most likely by none other than Daniel Radcliffe.

Let’s go over the basics of Grand Theft Auto (the game). It’s an open world game that lets you do pretty much whatever your gangsta self ever dreamed to do while rising in the ranks of the criminal world. You get to steal cars, participate in drug culture, shoot at people, murder, and run from the police. There’s a lot of objectification of and violence against women. We’ve talked about this before.

The creator of the game, Sam Houser, is the co-founder and president of Rockstar Games, the company behind GTA. He is credited to the success of the franchise but also an increase of problems in relation to the game’s popularity. Radcliffe, who recently starred in What If (2013) and just finished some work as Igor in Victor Frankenstein (opening October 2), is in negotiations for the Houser role.

So what’s the plot? The movie isn’t about the criminal underworld and has no real relation to the in-game universe as far as we could tell. Rather, it’s about the problems the game produced in real life and the people who reacted to that. Jack Thompson, an activist attorney, believed GTA and games like it were glorifying violence. He was already attacking entertainment companies for airing rap and sexual themes and GTA became his latest target. The legal dispute seems like it will be the major plot of the film. The actor for Thompson has yet to be cast.

While the movie is not about the next rising drug lord, there is a lot of content and plot to address. This real life event stirred up a lot of conversation about game violence, certain aspects of the culture and lifestyle presented in GTA, and of course, unhealthy representation people of different ethnicities and gender. Maybe the movie will cover that. Or not. Who knows.

The script, previously titled Rockstar Games, is written by James Wood. Jim Spencer will be producing and Mark Hedgecoe will executive produce. They will begin shooting for the film, which is based off David Kushner’s book, Jacked: The Outlaw Story of Grand Theft Auto, on April 20.