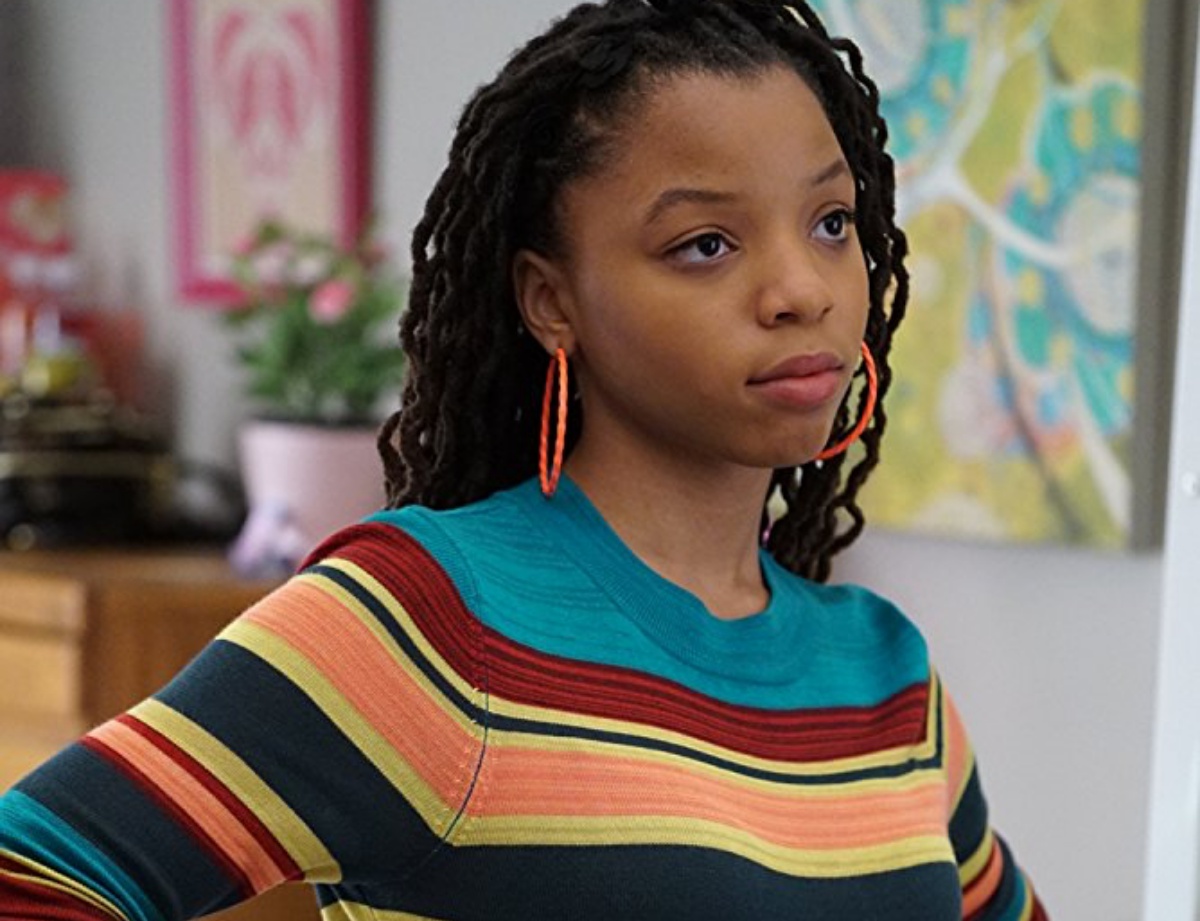 In Grown-ish‘s 10th episode “It’s Hard Out Here For A Pimp,” the twins, Skylar Forster and Jazlyn Forster deal with the fact that since coming to their college, which is a mostly white institution, it has been harder for them to meet men to date.

They recognize that if they had been going to a historically black college like Howard, it would be a different story. However, in the dating jungles of a Liberal Arts University, they are forced to deal with that in the dating game, black women are ranked among the last, even in the eyes of black men.

Talking about racism or racial prejudice in dating is a hard thing, because so many people view it as simply “their preference,” and therefore it can’t be racist to be into a type of person. Well, the thing is that it’s one thing to say you like long hair, a certain body type or height because those are universal things. To say you don’t like Asian men is talking about billions of men on this planet who are completely different from each other. Especially when you are basing those ideas based on cultural stereotypes about that race.

Personally, I remember going to my liberal arts college and seeing all the black dudes date white girls or at least chill with them most of the time. I remember sitting in the library and hearing dudes I knew and had crushes on talk about how they would never date a woman darker than them, or how they preferred “Spanish girls.” Much like the black dude that Jaz asks point blank: “What is it with you and white girls?” He responds: “Because I can.” I remember hearing that and feeling like “well okay, I’m not welcome here.”

This is hard to hear, and while the episode ends with said black dude flirting with Skyler after explaining he doesn’t dislike black girls, he just isn’t used to having those options compared to where he is from, it is still a reality that for black women, our dating pool can sometimes feel more like an ankle-deep puddle.

I will say that I wish this conversation would have happened on Grown-ish with Zoey around. Throughout the show, she has been framed as the most attractive and stylish of the group and she, like the actress, is light skinned and mixed-raced (although Yara is black and Iranian, not with a white grandparent). Also, the twins, while certainly brown, are not “dark-skinned,” so while it is great to see them call out Aaron for being “colorstruck,” the darkest person on this show of the main cast is a man. We don’t see any darker-skinned sisters speaking, except for the girl Aaron shamelessly fetishized towards the end of the episode, and she only gets a few lines.

Grown-ish isn’t afraid to engage or risk turning people off. While I think it does sometimes not completely make the pass (Nomi’s bisexuality storyline with her ex just kind of went away), when it comes to race, the show is good at doing something nuanced.