The International Gritty Explanation You Didn’t Know You Needed 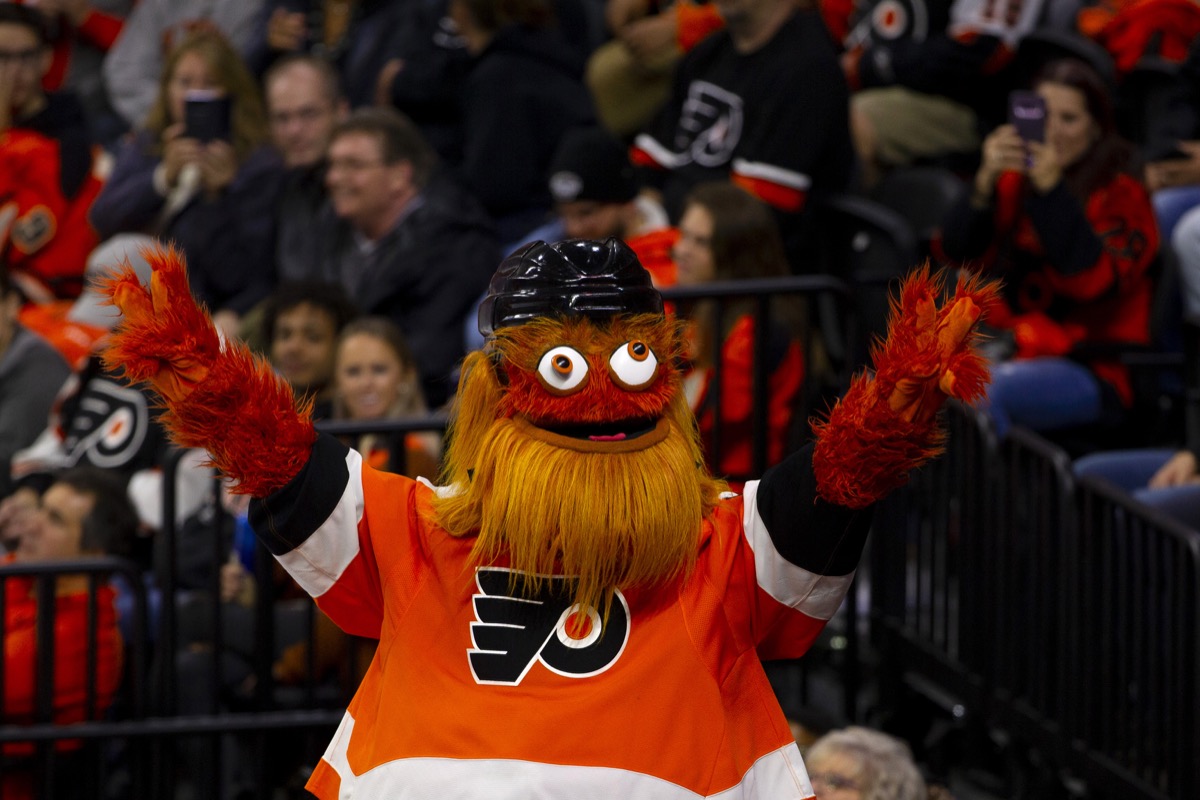 Gritty is an extremely unique thing. He started as something specific to Philadelphia hockey and then grew into just Philly to the point where everyone has a little bit of love in their hearts for Gritty. So, with all our 2020 election celebrations taking over (especially in regards to Philadelphia helping turn PA blue), Gritty has been having his moment in the spotlight once again.

But, given that Gritty is so uniquely ours, there are foreign countries looking at our celebration wondering how this orange creature came to be a focal point. (Really, take a look at the Gritty memes. There are so many.)

French media having to explain to readers who @GrittyNHL is as part of their election coverage wasn’t on my 2020 bingo card, but it’s definitely my fave moment of the cycle so far. pic.twitter.com/d8Pz0H8d9R

Luckily, The Late Show With Stephen Colbert writer and comedian Nicole Conlan decided to explain who Gritty was for the French people wondering what the hell was going on in America.

I heard French people watching our elections were confused about who Gritty is, so I made this explainer for them. Bon appétit! pic.twitter.com/d9vJmrIKgq

I asked Conlan some questions about the video via email, and one thing is clear: Having a video explaining who Gritty is to the French can and will derail your afternoon.

THE MARY SUE: So, what inspired you to make the Gritty video in the first place?

CONLAN: It was actually a bit I originally pitched for Colbert after I saw tweets about Le Monde reporting on Gritty. But this was the day after the election results finally came in, and we already had to cut the monologue down by about half, so they couldn’t in good conscience give me 3 unrestricted minutes of CBS airtime to practice my high-school level French. A few days later I asked if they’d mind if I just threw a video together for Twitter and they told me to go for it.

THE MARY SUE: What are some of the best reactions to it you’ve gotten so far?

CONLAN: It has been almost an even split between people saying, “Your French is so good!” and “Funny video but your French is terrible!” (For the record, I think the level of French I have retained at age 30 is a testament to the American public school system). Someone shared it and said I should be the Secretary of State, which, unfortunately, I think I’m not qualified for, but I guess I can’t be any worse than Mike Pompeo. Also a LOT of people tagged Jake Tapper.

THE MARY SUE: How long do you think it will take before Gritty is a worldwide phenomenon and not just our weird thing?

CONLAN: I think the election did sort of elevate him to an international stage, but Japan absolutely has us beat in terms of bizarre mascots. But if any underdog can rise to the top, it’s Gritty.

THE MARY SUE: Do you think there is Gritty fanfic out there/would you write it?

CONLAN: There is absolutely Gritty fanfic out there already, but I feel like a native daughter of Philadelphia should be the one to write any additional Gritty smut. (smutty)

I also asked Conlan if there was anything else I should include, and here is the important bit: “I absolutely did not expect it to blow up like this and it has, frankly, derailed my entire day.”

So the lesson here is … if you make a video about Gritty, it will consume you.