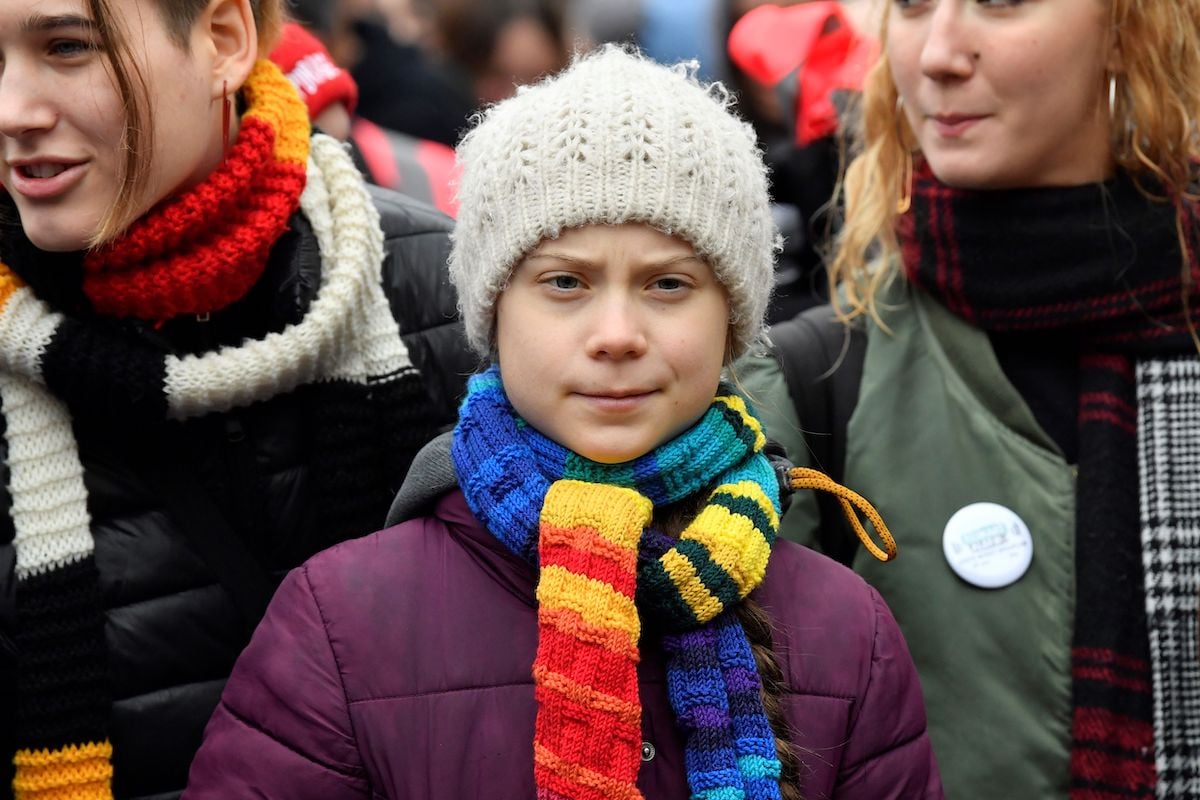 The replies to that tweet are an absolute garbage fire of attacks both on the network and on Thunberg herself. Because as we’ve seen time and time again, there’s a whole army of rightwing trolls with no bigger passion than that for insulting a teenage girl striving to make a difference in the world.

Hundreds of people jumped into CNN’s replies to let them know that Thunberg actually isn’t a coronavirus expert, a thing the network never claimed her to be. Much of the hate was clear MAGA-inspired meanness, but there seemed to be people from all points of the political spectrum questioning Thunberg’s inclusion.

What place does Greta Thunberg have in this town hall? pic.twitter.com/qIKOCV8QcP

Setting aside the fact that there is a huge overlap between the ways in which Donald Trump and some other world leaders deny the science on climate change and coronavirus and the devastating effects of both, no one claimed Thunberg was set to appear as any sort of public health expert. No matter how many people put the word “experts” in quotes in their critical tweets, they weren’t actually quoting Thunberg or anyone at CNN.

And as Refinery 29 pointed out, Thunberg is nowhere near the only non-expert to appear on CNN’s “facts and fears” program, which was not a one-time event, but an ongoing series.

However, since the program launched in late February, Coronavirus: Facts and Fears, has invited filmmaker Spike Lee, chef Jose Andres, and former Vice President Al Gore – as well as a host of medical experts – to speak to elements factoring into the overall effects of the pandemic as it pertains to their areas of expertise.

Gupta hosts a similar podcast called Coronavirus: Fact vs. Fiction where he has also spoken to business magnate Bill Gates, investor Bill Ackman, retired astronaut Scott Kelly, and others ranging from religious leaders to parents raising children in quarantine to offer insight and perspective. All of these experts have offered their own take on COVID-19 and how it has drastically altered how they and others live life and plan for the future. By those accounts, Thunberg — who has shaken the world with her Fridays For Future walkouts and her galvanizing United Nations address — is in good company among past CNN commentators.

So why did Thunberg draw such ire? What is it that makes people take notice and get angry at seeing her name in particular and what is so threatening about the inclusion of a young, brilliant, passionate woman?

I am not an expert. I am an activist. The only people claiming that I’m an “expert” are those who are trying to ridicule me. My message has always been to unite behind the science and listen to the experts. 2/2

After two days of online outrage, CNN’s town hall aired and not only was Thunberg not claiming to be an expert, her lack of direct medical and scientific expertise was the entire point of her presence. (She also spoke about her belief that she contracted the virus but due to Sweden’s testing policies, could never be sure.)

Yes, that is exactly the subject Thunberg is more than qualified to talk about! Hmmm, if only so many people hadn’t jumped to conclusions and made up quotes from no one in order to justify their misplaced outrage at a teenage girl.

You can watch Thunberg’s full appearance, talking about how important it is to listen to scientific experts, over on CNN.

(image: JOHN THYS/AFP via Getty Images)
Want more stories like this? Become a subscriber and support the site!