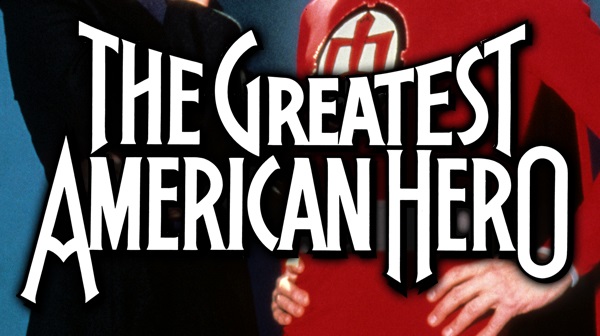 ABC and 20th Century Fox announced that they’re going to reboot The Greatest American Hero, the ’80s superhero comedy, as a half-hour sitcom with an Indian-American woman as the main character. The new protagonist, Meera, is described as “a 30-year-old Indian-American woman from Cleveland, whose talents include tequila drinking and karaoke and not much else.”

The original Greatest American Hero followed an average white man, working as a substitute teacher, who is given an alien super suit that endows him with a whole host of powers like super speed, super strength, telekinesis, and invisibility. However, he loses the suit’s instruction manual, so he has to figure out many of its capabilities through trial-and-error. He pairs with an FBI special agent to use the suit to stop crime, save the world – you know the deal.

The reboot will be written and produced by Rachna Fruchbom, a co-producer and writer for Fresh Off the Boat who’s also written for Parks and Recreation. The project is under “put pilot commitment,” which means that ABC will at least air the pilot.

I’m really encouraged by this change, because it means they’re doing something new and interesting with the premise instead of a straight-up nostalgia reboot. When Fox initially announced a reboot back in 2015, my reaction was pretty meh, but this actually has me excited for the premiere.

The cast is yet to be announced, but that doesn’t mean we can’t speculate. When I read a description of the character as excelling at “tequila drinking and karaoke and not much else,” I immediately thought of the sort of character Mindy Kaling plays so well. I just think she’d be the natural choice – but I also know she’s also more of a chatty comedian than a physical one, so it might not be her ideal role (depending on how they approach things). Hannah Simone from New Girl would also be up there on my list.

But those are just the first names that came to my mind! Who would you like to see in the role? Do you have a favorite in mind, or would you rather that they use this opportunity for a newcomer? And while we’re going for it, who should play the FBI agent? (Could we, for example, be so lucky as to get an Archie Panjabi-Mindy Kaling team-up?)

Tell me…whooo could it be?

Let’s dreamcast in the comments, readers!

(Via io9 and Deadline; image via ABC Television)