Graphene Boosts Artificial Photosynthesis Efficiency, This Is Getting Ridiculous 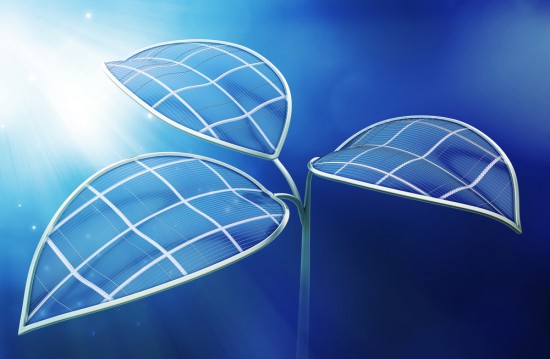 We already know that graphene is a wonder-material, so it’s no surprise that it has yet another superpower. It is, however, a little bit of a surprise that there are still superpowers left that it isn’t yet known to have. A recent study by a team of scientists from the Korea Research Institute of Chemical Technology, and Ewha Womans University, both in South Korea, have found that graphene has potential in increasing the efficiency of artificial photosynthesis. This is probably thanks in part to its ability to generate electricity when struck by light, and the same qualities that make it great for supercapacitors.

When you’re talking photosynthesis, artificial or not, there is an important part of the process called the photocatalyst. Essentially, this is exactly what it sounds like; it’s a material that facilitates the fuel creation of the photosynthesis process without getting depleted in the actual process. In plants, the photocatalyst is chlorophyll. In labs it’s a little trickier, but graphene may be the answer.

Because 46% of the total sunlight that hits the Earth is in the visible spectrum — as opposed to just 4% in the UV range — an artificial photocatalyst that gets its jollies from normal visible sunlight is optimal. In the past, scientists have tried graphene-semiconductor composites, but it turns out that these aren’t the best option because they’re bad at transferring their electrons, which sort of bottlenecks the whole process. You know what material is significantly better at that part? Just take a guess.

As it turns out, plain old graphene coupled with a little porphyrin enzyme is highly functional in the visible light spectrum and highly efficient overall, making it the best suited candidate for an artificial photocatalyst found so far.

What it all comes down to is that with graphene in your artificial solar cells, you’ll have a reasonably efficient way to take sunlight and carbon-dioxide, and turn it into formic acid — which is used in the plastic industry, and also as a kind of fuel for fuel cells. A paper on the research has yet to be published, but the researchers involved seem pretty excited about the findings so far. “The photocatalyst-enzyme coupled system is one of the most ideal artificial photosynthesis systems that utilize solar energy for the synthesis of various chemicals and fuel,” coauthor Jin-Ook Baeg told Phys.org.

So there you have it, folks. Yet another extremely useful property of graphene that could change the world several years down the line. It’s sort of a running joke that graphene can do anything, but its potential is getting more and more frightening in its breadth. It almost feels like this must all be some sort of joke by the machines that are running the Matrix or something. Here’s to hoping it’s not, and also that graphene is the key to eternal life. At this point, anything seems possible.

Behold the many wonders of graphene