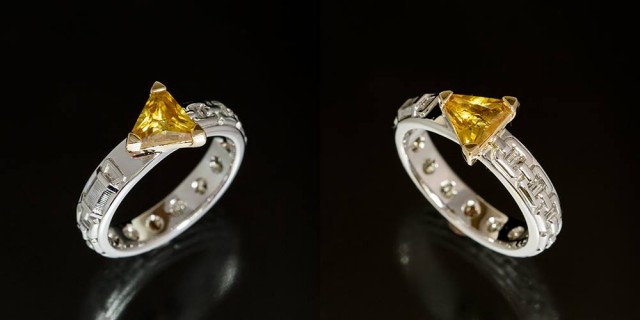 Redditor cr0yobot and his fiancee collaborated on the design of this nerdy engagement ring with a family twist. While the band, setting, and yellow sapphire were all produced in a lab, the diamonds circling the ring came from her own grandmother’s wedding band. The setting and sapphire are meant to represent the grabbing triangular hook of the Zelda games’ infamous Hook Shot, while the band is the tool’s accompanying chain. You know, the one that takes forever to retract in Smash Bros. Cr0yobot and Significant Other of cr0yobot, you’ve earned this.