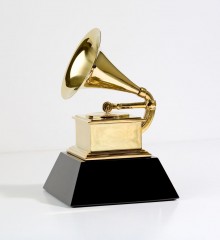 Though everyone’s favorite Swahili title menu song recently won a Grammy, video games weren’t formally recognized by the Grammy Awards as of then, and the song only won because it was released on a full length album by the song’s composer. However, video games can now win Grammys on their own terms, without having to release on some other form of media first, as the National Academy of Recording Arts and Sciences has changed four annual award categories, which now recognize music from video games.

Though video games have now been separately recognized as a viable form of media, Vice President for the awards of the Academy Bill Freimuth understands that this isn’t where the recognition of video game music should stop: “I think this could be viewed as a first step in the direction of video games getting their own category.” With events like Video Games Live and soundtracks being given out with every other game these days, the Academy is only hurting themselves by not giving video game music the recognition it deserves.