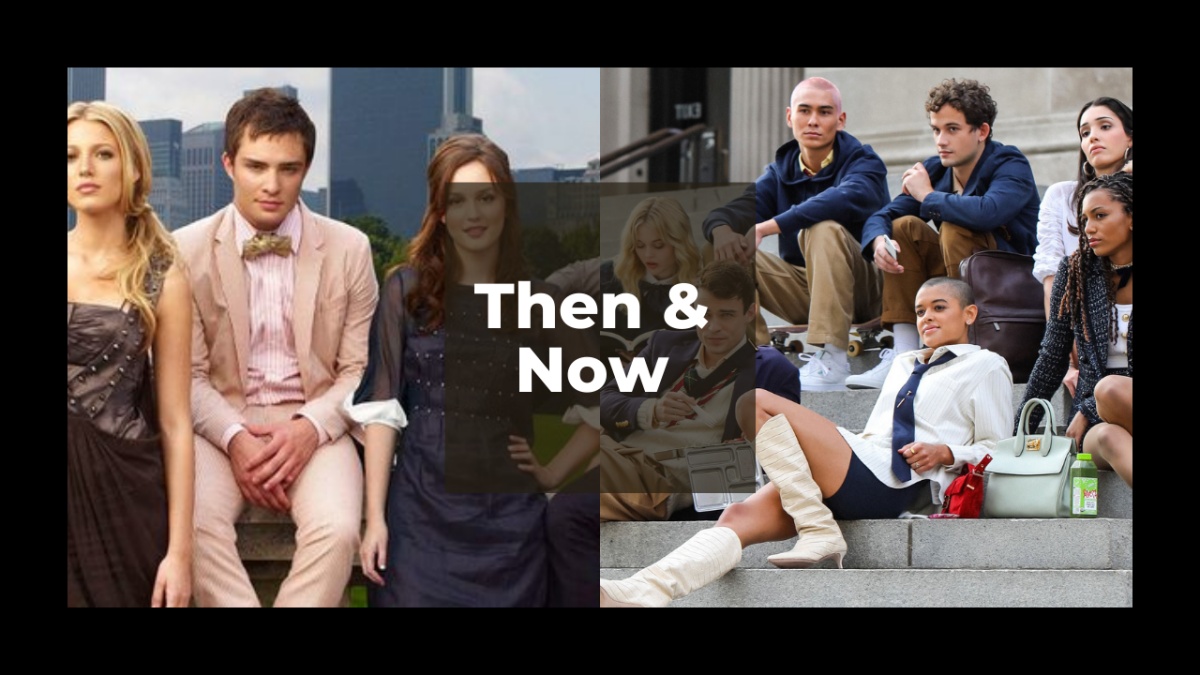 Yesterday was the series premiere of the Gossip Girl reboot on HBO Max. It set up a lot of potentially interesting seeds of conflict and some mind-numbing motivations, but this is television. Sometimes the ridiculous can be entertaining. As someone who grew up watching the original Gossip Girl, looking at this new revival starring actors who are mostly my age or younger than me, I thought about the main difference for the teen viewer of today: They will see the Upper East Side run primarily by women of color.

The O.G. Gossip Girl series was, much like the Upper East Side, overwhelmingly white. Out of the core mains— Dan, Serena, Blair, Nate, Jenny, and Chuck—none of them were actors of color. Other than Blair’s minions, the only recurring character of color was Vanessa Abrams, played by Jessica Szohr, who is of mixed race. And even that aspect of her might not have been made clear until Gina Torres played her mother in a guest role.

I remember how hated Vanessa was as a character. Unlike the Upper East Siders, Vanessa was a proto-social justice warrior, Brooklyn girl, and in love with Dan. She was often in conflict with Dan’s desire to embed himself deeper into Blair Waldorf and Serena van der Woodsen’s social scene, which meant she had the dreaded role of hypocrite mixed in with Debbie-downer.

Even when she had a point, Vanessa was just not given the space to be likable, and the writers never gave her much to do except date the same guys that she found morally reprehensible. This isn’t to say there weren’t moments when she was petty or childish, but they always seemed more held against her. Plus, considering one of the characters on the show sexually assaulted two women, it is frustrating to see the writers have more empathy for Chuck and his BS than Vanessa and her teenage hypocrisy.

As the sole important character of color for several seasons until Raina Thorpe arrives in season four, played by the gorgeous Tika Sumpter, infusing a much-needed injection of melanin into the cast, it is hard to watch Vanessa be so marginalized—to see the show actively decide her value story-wise will always be less.

In an interview with Vulture in 2017, executive producer Josh Safran admitted that the lack of diversity on the show is one of his few regrets. “When I look back on Gossip Girl, the only things I regret were not as much representation for people of color and gay story lines,” Safran said. “Those are the two things I think we probably could have delved into more deeply.”

And now, in 2021, the cast of Gossip Girl 2.0 is mostly non-white. Our queen bee, Julien Calloway, is played by Black queer actress Jordan Alexander, and her rival is her half-sister, Zoya, who is also Black, played by Whitney Peak. Julien is also sporting a shaved head, which is a fun little homage to the books series’ Vanessa, who was also bald. Within the it-group we have a Luna, played by trans Mexican-American actress Zión Moreno; Monet, played by Savannah Lee Smith, a young Black actress; and Evan Mock, a half-Filipino man playing Akeno “Aki” Menzies.

There is still no one as dark as Tika Sumpter on the show yet (we can hope), but it is still a substantial change than before.

I won’t lie about getting a genuine thrill at seeing Zoya going to bed with a silk scarf covering her head. That is a small thing, but it is something that never would have existed in the original Gossip Girl.

It may seem silly to long for representation of some kind from a program like Gossip Girl, but BIPOC folks want rich assholes who look like them on television.

Right now, there are a few cringe elements to the new Gossip Girl show, including that the teachers behind the Gossip Girl Instagram seem to not be using a VPN, but I didn’t watch the original for realism; I watched it to be entertained. Let’s see how this goes.