The Trailer for the Diverse, Queer 'Gossip Girl' Reboot

The Trailer for the Inclusive, Queer Gossip Girl Reboot Is Here XOXO

You know you love me. 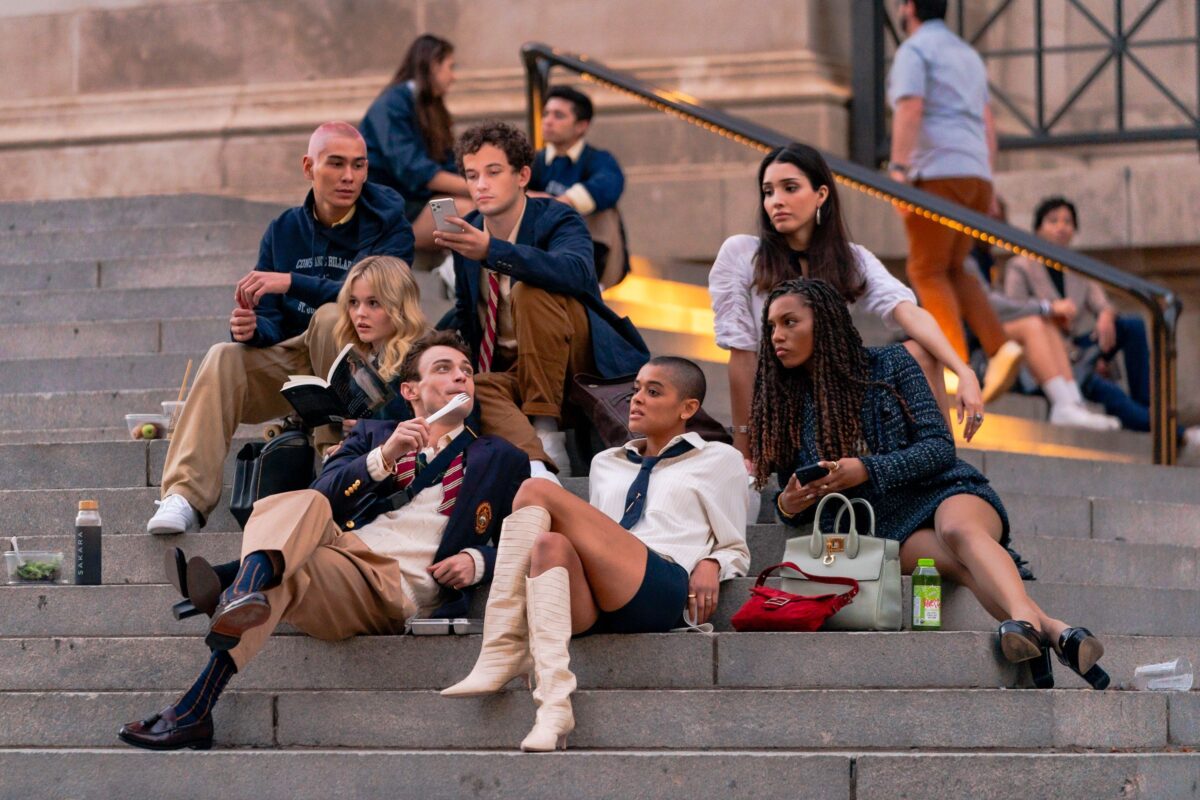 Gossip Girl was a show that would prove formative for a certain segment of younger millennials. As we grew up in the age of always-on technology and having our thoughts and pictures displayed for the world to see, teenagers of the 2000s had a unique upbringing that changed how we functioned and interacted with the world. Nothing quite captured the zeitgeist of the time—and blew it up into a campy extravaganza—like Gossip Girl. When Serena Van Der Woodsen and Blair Waldorf came in, all hell broke loose.

In 2007, viewers were thrust into the high drama of New York City’s posh Upper East Side. There we met a group of teenagers who attended St. Jude’s School for Boys and Constance Billard School for Girls, respectively. Throughout the series, the unseen character known as Gossip Girl would stalk the students, reveal their dirty little secrets, and basically make their lives a living hell. Gossip Girl was voiced by Kristen Bell and her delicious delivery added much to the show. Thankfully, Bell is also returning to the reboot, because it’s impossible to imagine anyone else speaking those “XOXOs.”

The buzzy series was the platform that launched the careers of many young stars, including Blake Lively, Leighton Meester, Penn Badgely, Chace Crawford, Sebastian Stan, and many more. And while many fans still like to make jokes about the fact that (spoiler alert) Dam Humphrey, the “outsider” kid from Brooklyn turned out to be Gossip Girl, it seems Dan has passed on his legacy at last.

That legacy is gossiping loud and clear in the new reboot series for Gossip Girl on HBO. In the first trailer for the show, we see a group of the UES’s uber-elite welcome in a new girl named Zoya Lott (played by Whitney Peak) to their friend circle. And they apparently “rule the school” by having been best friends throughout their entire life and no doubt having access to parental fortunes in the millions and billions. But as is the way with all Gossip Girl stories, their happy little friendship isn’t all it is cracked up to be, and they’re confronted with the cracks in their relationships as well as the addition of Zoya.

If we must have more Gossip Girl, this appears to be the Gossip Girl we need in 2021. The inclusive cast here is a revelation to see, as is the fact that the show will also be exploring queer identities and relationships. 2021 is a very different universe than pre-recession 2007, and it would also be excellent if this Gossip Girl deals more with the social and political ramifications of America’s vast wealth disparities. Whether it will do so is unclear, but the show having a home on HBO suggests we’ll be seeing a more mature and audacious look into the lives of the privileged elite.

The majority of characters being diverse and/or queer.

“It’s a new take on it, a different time. It’s not a reboot, it’s a continuation, so we have an entirely new story and I think that’s really important,” actor Emily Alyn Lind said during an interview with Dazed about the series, which makes sense given the principal’s reaction to hearing that Gossip Girl is back.

The anonymous presence destroyed friendships and couples the first time around and it seems as if “she” is back to her same antics with this new group of students. Getting to see their reaction to her and experiencing this new era, where we are assured much better representation, is going to be such a wonderful time for fans of the original series, as well as new fans coming into this HBO show. I can already tell that I’m going to love Zoya but then again, I did love Dan Humphrey, and look where that got me.