This Is What an “Honest Discussion” About Reverse Racism and Sexism Gets You, Google 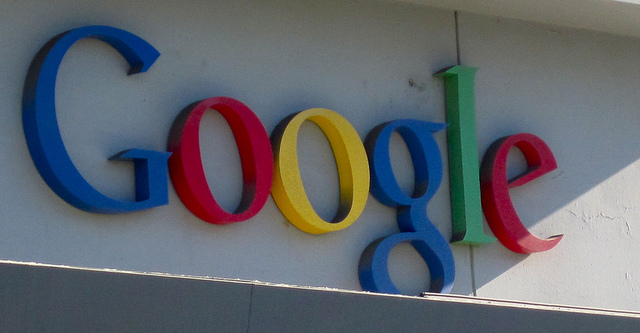 [Update: The Google employee who wrote the original document has been fired.]

Over the weekend, a manifesto of sorts (reprinted by Gizmodo here) that was circulating within Google made big news with its gripes about how the company’s diversity initiatives are actually harmful and discriminatory—against who, we can certainly only imagine. The author, despite furthering harmful stereotypes and misconceptions of biology, pleaded for an “honest discussion” on whether existing diversity initiatives are a good idea. There’s just one problem: We already know how that discussion goes.

If you guessed, “It reveals exactly the harmful prejudices that diversity initiatives exist to break down and overcome,” then congratulations, you win the eternal hell of watching it all play out anyway. Though the entire thing, which complained of reverse racism and sexism (which are not things), received an excellent takedown yesterday from an ex-Googler, Motherboard reported on a few people within Google who agree with the call to to end the “intolerance for ideas,” and they sound about how you’d expect.

One of them complained that people reacting to the incident were “virtue signaling” by expressing offense on social media and asked why people don’t “debate him on his argument” instead. Hint: It’s because we don’t need to go back and debate things that are already settled, like whether intelligence is biologically based on sex. The idea that people think the author is wrong simply because they find the argument offensive is also nonsense—it’s the other way around. We find the argument offensive because it’s wrong and provides no benefit while giving cover to the most prejudiced among us.

Another comment suggested that “We need more people standing up against the insanity. Otherwise ‘Diversity and Inclusion’ which is essentially a pipeline from Women’s and African Studies into Google, will ruin the company.” So no, I don’t think the author was on the right track in suggestion that Google should “reconsider making Unconscious Bias training mandatory for promo committees.”

Yet another went with the trusty, sarcastic “remember, you can’t be racist against whites and can’t be sexist against men. Because equality!” How ever will Google make it in the world without allowing for that kind of insightful “diversity of opinion”? It sounds like their diversity initiatives still have plenty more toxic prejudice to weed out, with other comments expressing support as well—although there was, thankfully, also plenty of opposition.

And that’s always the thing with these “just the facts”/”ideological diversity” arguments: Some arguments are wrong. No, employees of Google do not need to feel that they can share opinions like this one. If you have an employee who shares a viewpoint on the workings of your company—not just who they voted for or what their personal politics are—and you think it’s wrong and not good for your company, you don’t have to just let it go.

As Google’s new Vice President of Diversity, Integrity & Governance Danielle Brown put it: “Part of building an open, inclusive environment means fostering a culture in which those with alternative views, including different political views, feel safe sharing their opinions. But that discourse needs to work alongside the principles of equal employment found in our Code of Conduct, policies, and anti-discrimination laws.”

She concluded, “I look forward to continuing to hear your thoughts as I settle in and meet with Googlers across the company.” I can only hope those employees are as forthcoming with Brown as they were behind online anonymity. Maybe she can helpfully debate them on their arguments.