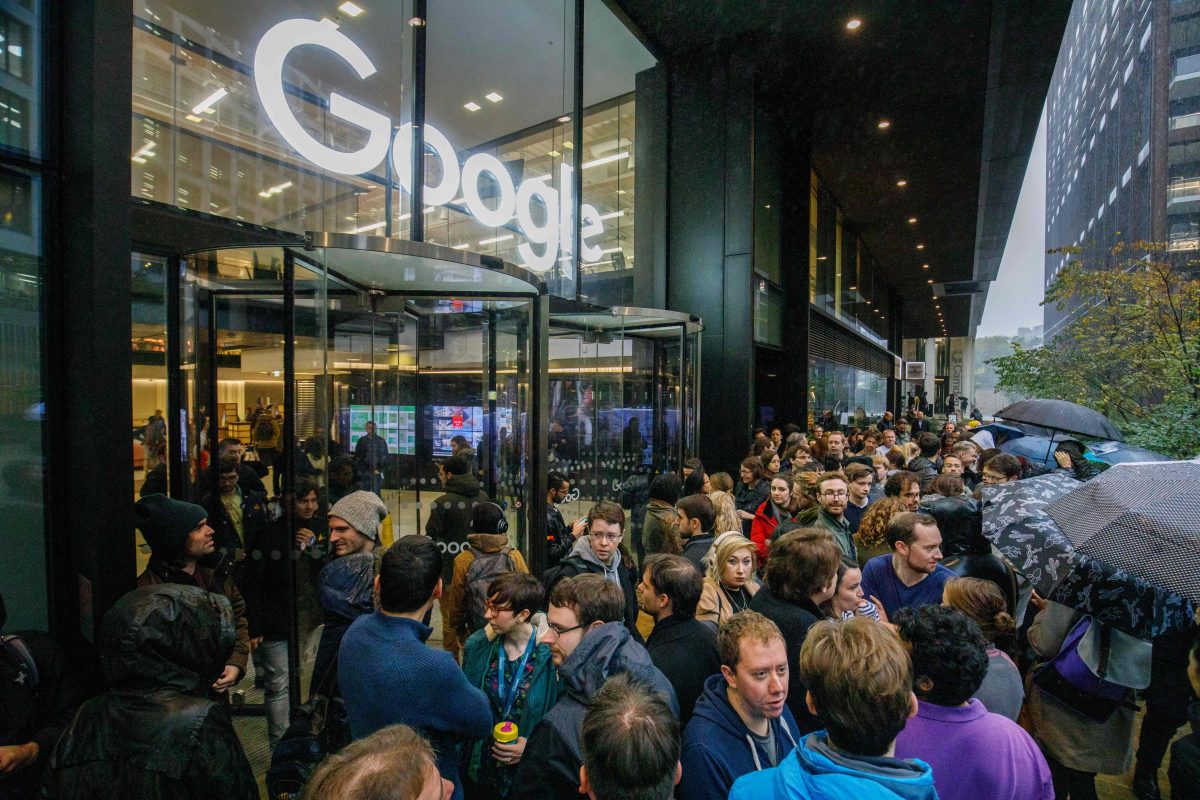 Today at 11:10AM, Google employees all across the globe are staging a walkout to protest the tech giant’s response to claims of sexual misconduct. The protest comes as a result of a scathing exposé in the New York Times, which revealed Google’s pattern of protecting the accused employees and letting them go with multi-million-dollar payoffs.

Most notable was Google’s protection of Android creator Andy Rubin. Rubin left the company in 2014 after a fellow employee, who was having an extramarital affair with Rubin, said she was coerced into performing oral sex on him in a hotel room in 2013. After an investigation, Google concluded that the woman’s claims were credible, but instead of firing Rubin, Google asked him to quietly resign to avoid a press scandal. For his silence, Rubin left Google with a $90 million payoff.

And this isn’t an isolated incident: Google has followed the same pattern with other senior executives accused of harassment and misconduct, who were quietly let go with multi-million-dollar severance packages. Even more shocking, these payments weren’t mandatory per any contract. Google’s practices send a clear message to abusers: that any and all allegations will be kept quiet, and that abusers are entitled to a small fortune for their behavior.

Liz Fong-Jones, a Google engineer and workplace activist, said, “When Google covers up harassment and passes the trash, it contributes to an environment where people don’t feel safe reporting misconduct. They suspect that nothing will happen or, worse, that the men will be paid and the women will be pushed aside.”

We, Google employees and contractors, will walkout on November 1 at 11:10am to demand these five real changes. #googlewalkout pic.twitter.com/amgTxK3IYw

Organizers of the walkout demand five changes from the company. They want an end to forced arbitration in harassment cases, a commitment to fixing pay and opportunity inequity, and a transparency report on the company’s handling of sexual misconduct claims. In addition, they want a clear and inclusive process to report harassment safely and anonymously, and they want to empower the Chief Diversity Officer to report directly to the CEO and the Board of Directors. They’ve also asked for an employee representative to have a place on the board.

London Google developer advocate Sam Dutton said of the protest, “We’re walking out in support of those who’ve been harassed anywhere in the workplace, and to ensure that perpetrators are not rewarded and are not protected.”

In response to the New York Times article, Google CEO Sundar Pachai and company co-founder Larry Page held a global meeting to address the outcry. Pachai sent an email to employees in which he wrote, “So first, let me say I am deeply sorry for the past actions and the pain they have caused employees. Larry [Page] mentioned this on stage last week, but it bears repeating: if even one person experiences Google the way the New York Times article described, we are not the company we aspire to be.”

Pachai told CNN that the company supports the walkout, saying, “We let Googlers know that we are aware of the activities planned for Thursday and that employees will have the support they need if they wish to participate. Employees have raised constructive ideas for how we can improve our policies and our processes going forward. We are taking in all their feedback so we can turn these ideas into action.”