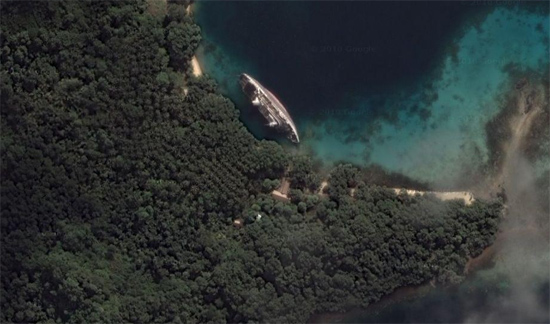 There are many treasures to behold with Google Maps’ satellite view, not the least of which is this wrecked cruise ship off Roderick Bay in the Solomon Islands. The now water-logged World Discoverer was a German built vessel from 1974 that had the misfortune of striking an uncharted rock outcropping during a cruise in 2000. She’s been wrecked ever since, quietly rusting under the sun.

Fortunately, the wreck is conveniently located next to the Roderick Bay Yacht Club, for all your boating needs. More photos, after the jump. 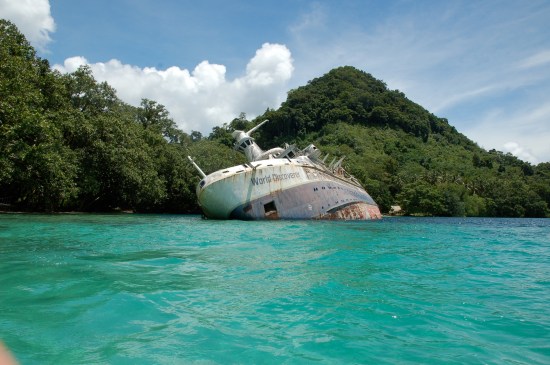 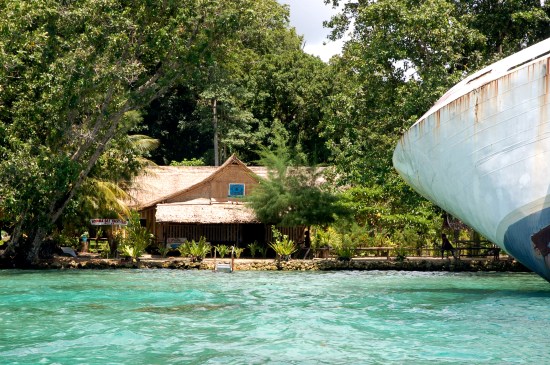 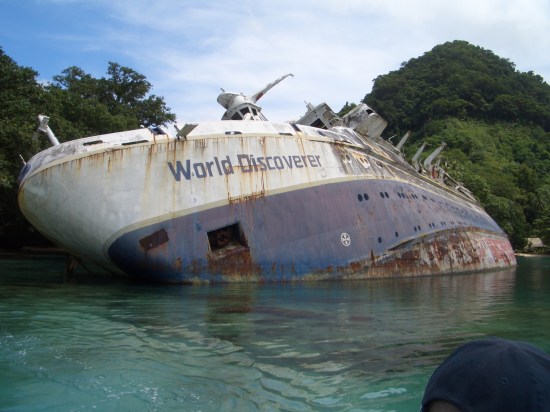