Google Maps Can’t Catch a Break in Germany, It May Be Banned by Courts 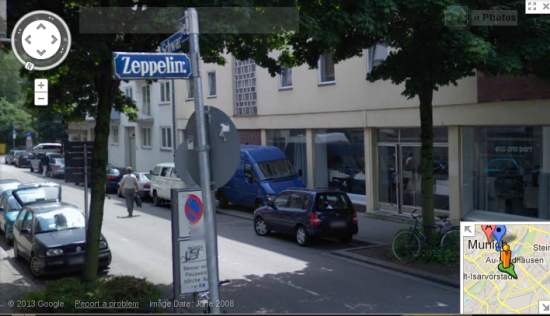 In December of last year, Google Maps was facing scrutiny in Germany for potentially violating European Union privacy laws. Things haven’t gotten easier for Google in that country, because now Google Maps faces a complete ban in Germany due to a patent dispute with Microsoft. If Microsoft wins the ruling, Google will have to take some pretty extreme measures to keep Google Maps out of Germany. Hope you didn’t want to find your away Germany, everybody. It’s about to get a little more difficult for you, or more expensive for Google.

The patent in question is for “a computer system for identifying local resources,” and although Microsoft originally brought suit against the Google subsidiary Motorola Mobility to block the Android app for Google Maps, but Motorola said they didn’t know how the Google Maps servers operated. That’s when Microsoft added Google itself to its lawsuit.

If the ban goes through, then Google would have to block Google Maps from any computer with a German IP address. It would also have to stop distributing the Google Maps Android app in Germany, and install filters blocking Google Maps in any web browsers they offer in Germany.

To avoid those measures, Google could always just start paying Microsoft a licensing fee for the technology, and they wouldn’t be alone. LG, Samsung, HTC, and other companies already recognize Microsoft’s patent and pay to license the technology.

It’s not clear what Google will do, but the judge in the case has already indicated he’s likely to side with Microsoft over the patent issue, so Google should probably decide pretty quickly what to do. Don’t worry, Germany. If Google Maps does get banned, you can always use Apple Maps instead. Just kidding. Don’t. You’ll get lost.