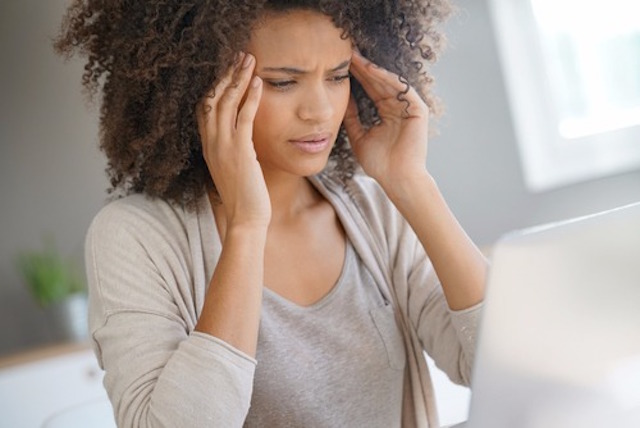 Moving quickly to quash the outcry over the sexist screed published internally at Google and heard ’round the world, the company has fired its author, with Google’s CEO saying that he violated company rules. The engineer claims he was let go for “perpetuating gender stereotypes.”

Prior to news of the firing, Google CEO Sundar Pichai had sent a company-wide email titled “Our words matter,” condemning what CNET delicately describes as “a controversial memo that argued biology prevents women from being as successful as men in the tech industry.”

Meanwhile, the memo-writing (now ex) Googler, identified in the press as senior engineer James Damore, told The New York Times that he believes his termination is illegal and will be pursuing his legal options. “I have a legal right to express my concerns about the terms and conditions of my working environment and to bring up potentially illegal behavior, which is what my document does,” he said. Keep in mind that the “potentially illegal behavior” Damore is citing at Google are initiatives to bring more women and diversity to the tech industry, where they are sorely lacking.

Further, Damore’s memo crossed the line from the debate he claimed he wanted to have about gender and diversity in many places—for example, when he suggested that women were prone to anxiety and neuroticism and thus less fit to hold engineering or leadership roles. As former Google Distinguished Engineer Yonatan Zunger pointed out, the company was in a bind—going forward, how could they knowingly allow women to work with or under Damore, not to mention male colleagues that strenuously disagreed with his assertions? In the end, Google did what had to be done from a competent HR perspective.

Many people—especially those who decry “left-leaning” values as Damore did—will take this action as a call to arms, as evidence that people and “ideologically-minded” companies can’t handle criticism and refuse to have honest debates. Had Damore made his screed a document for debate rather than an outright assertion that biological differences divided the genders into different ability camps, this might have gone another way. “Here’s what I’ve read and consider may be the case” is a far cry from “we know these things to be true.” Our words matter.

Here’s the thing: don’t cry for James Damore. He’ll be just fine. In fact, if I were to hazard a guess, he’s probably fielding handfuls of job offers and other opportunities as we speak. Unfortunately, in Silicon Valley and much of the world, a large swath of the population agree with his hot take. And there’s plenty of places that will offer him a role just to prove how “open-minded” they are. Even if Damore is wrapped up with his legal battles for a while, I’m still anticipating the announcement of his book deal. The alt-right is furious over his firing, calling Google “corporate fascists,” threatening to boycott the company and crowdfunding money for Damore, an “American hero.” They’ll eat up the next credo from Damore.

And hey, if nothing else works out, Damore can always go work for Wikileaks. Julian Assange wants him. Assange tweeted Tuesday morning: “Censorship is for losers. @WikiLeaks is offering a job to fired Google engineer James Damore.” Sounds like a match made in manifestbro heaven.

Here’s the memo that Google’s CEO sent out to the company:

This has been a very difficult time. I wanted to provide an update on the memo that was circulated over this past week.

First, let me say that we strongly support the right of Googlers to express themselves, and much of what was in that memo is fair to debate, regardless of whether a vast majority of Googlers disagree with it. However, portions of the memo violate our Code of Conduct and cross the line by advancing harmful gender stereotypes in our workplace. Our job is to build great products for users that make a difference in their lives. To suggest a group of our colleagues have traits that make them less biologically suited to that work is offensive and not OK. It is contrary to our basic values and our Code of Conduct, which expects “each Googler to do their utmost to create a workplace culture that is free of harassment, intimidation, bias and unlawful discrimination.”

The memo has clearly impacted our co-workers, some of whom are hurting and feel judged based on their gender. Our co-workers shouldn’t have to worry that each time they open their mouths to speak in a meeting, they have to prove that they are not like the memo states, being “agreeable” rather than “assertive,” showing a “lower stress tolerance,” or being “neurotic.”

At the same time, there are co-workers who are questioning whether they can safely express their views in the workplace (especially those with a minority viewpoint). They too feel under threat, and that is also not OK. People must feel free to express dissent. So to be clear again, many points raised in the memo—such as the portions criticizing Google’s trainings, questioning the role of ideology in the workplace, and debating whether programs for women and underserved groups are sufficiently open to all—are important topics. The author had a right to express their views on those topics—we encourage an environment in which people can do this and it remains our policy to not take action against anyone for prompting these discussions.

The past few days have been very difficult for many at the company, and we need to find a way to debate issues on which we might disagree—while doing so in line with our Code of Conduct. I’d encourage each of you to make an effort over the coming days to reach out to those who might have different perspectives from your own. I will be doing the same.

I have been on work related travel in Africa and Europe the past couple of weeks and had just started my family vacation here this week. I have decided to return tomorrow as clearly there’s a lot more to discuss as a group—including how we create a more inclusive environment for all.