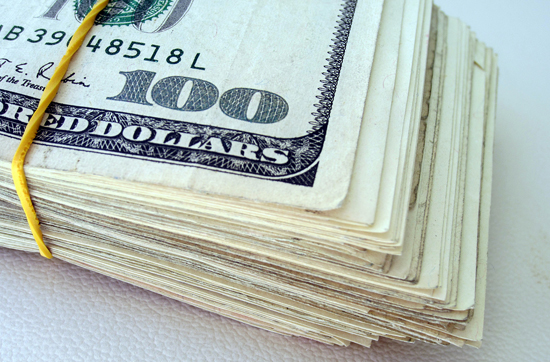 When a document coming from Google literally includes the words “PENDING LARRY QUOTE” on the top, chances are it hasn’t been vetted as much as intended. Even so, that’s what started off Google’s accidentally early press release about their lackluster earnings this quarter. The company’s stock dropped $70 before they halted trading after the filing snafu, and now it’s just a matter of finding out who’s to blame.

The search giant blamed the news leak on the financial printing company it works with, RR Donnelley. RR Donnelley stock dropped about five percent before climbing back, probably due to investors assuming the company would lose a big customer, get sued, or both. Facebook stock is also down nearly four percent today on news of the poor Google results (the Google drop indicates online ad revenue is down, and that doesn’t bode well for Facebook either).

Google will supposedly resume trading when their earnings report is finalized, and they will still hold an earnings call at 1:30 PM Pacific Time. That’s sure to go well.