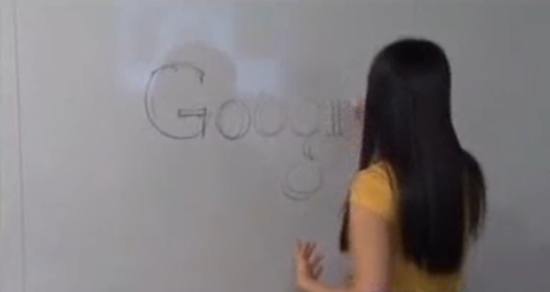 Yesterday, when the doodle on Google‘s homepage depicted the Hubble Space Telescope, you may have just glanced at it with hardly a further thought; oh, if only you knew. On today’s CBS Sunday Morning, ever-charming and perpetually bow-tied host Charles Osgood explored the hidden world of so-called “Google doodles” and the doodlers behind them; while the four core artists involved seem to have a lot of fun at their jobs, it’s pretty clear that it’s serious business as well.

Video after the jump, along with a slideshow of a few of our favorite Google doodles:

During this year’s winter Olympics, Google Doodles recognized a different event every day.

And when “Sesame Street” turned 40 last year, Muppets moved onto Google home pages around the world.

The doodlers come up with ideas in casual pitch meetings, largely based on the calendar and what’s going on in the world, looking for ideas they call “Googley” – art, science and technology, steering clear of anything too commercial or political.

Google Doodles have become an online art extravaganza, but the first doodle, put up by company founders Larry Page and Sergey Brin in 1998, was much simpler – a tribute to the Burning Man Festival.