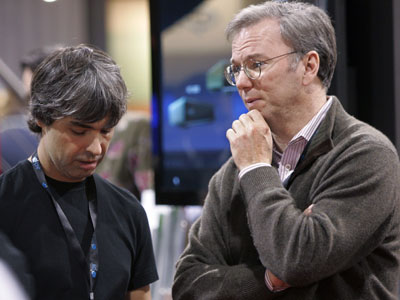 Google has just announced that its longtime CEO Eric Schmidt will be stepping down April 4 as CEO, with company co-founder Larry Page replacing him. Google says that this an effort to “streamline decision making and create clearer lines of responsibility at the top of the company.”

For the last 10 years, we have all been equally involved in making decisions. This triumvirate approach has real benefits in terms of shared wisdom, and we will continue to discuss the big decisions among the three of us. But we have also agreed to clarify our individual roles so there’s clear responsibility and accountability at the top of the company.

Schmidt says that he will stay with Google, acting as the company’s executive chairman, and will “focus wherever I can add the greatest value: externally, on the deals, partnerships, customers and broader business relationships, government outreach and technology thought leadership that are increasingly important given Google’s global reach; and internally as an advisor to Larry and Sergey.”

Owen Thomas notes that Page was the original Google CEO from 1998-2001, and writes based on their personal correspondence that “Page has long held an interest in the top role”; one interesting thing that Thomas points out is that in stepping down from the role of company president to “Co-Founder,” Sergey Brin gives up some real power, though he’ll continue to be a respected authority within Google.