The Astrophysics of Goodnight Moon | The Mary Sue

The Astrophysics of Goodnight Moon 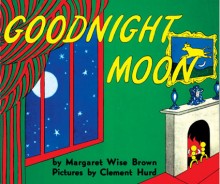 Thank goodness for the Internet for addressing questions that we’d never thought about previously. Physics blogger and dad Chad Orzel has a daughter who loves Goodnight Moon. This has given Orzel occasion to read the children’s classic more regularly and discerningly than he might have otherwise, and it’s led him to a surprising discovery: The bunny’s bedroom in Goodnight Moon just may be moving “extremely high velocity relative to the earth, so that relativistic time dilation makes the six-minute rise of the moon appear to take an hour and ten minutes.”

Orzel points out that whereas the clock on the wall shows that one hour and ten minutes have passed over the course of the goodnight process throughout the book, the motion of the moon indicates that only six minutes have passed, which means (assuming, as Orzel notes, that he isn’t just overanalyzing a children’s book) that time dilation is afoot:

Well, we know that the full moon in the sky covers an angle of about half a degree of arc. On our big copy of the book, the diameter of the moon in the final illustration is just about 7/8″ (I only have an English-unit tape measure here), while the distance from the corner of the window to the outer edge of the moon is 2 and 5/8″, exactly three times the diameter. So the moon has moved through about 1.5 degrees in the course of the story.

This suggests that the bunny’s goodnight ritual takes about 0.1 hour, or six minutes.

Could Goodnight Forest Moon have been on to something after all?