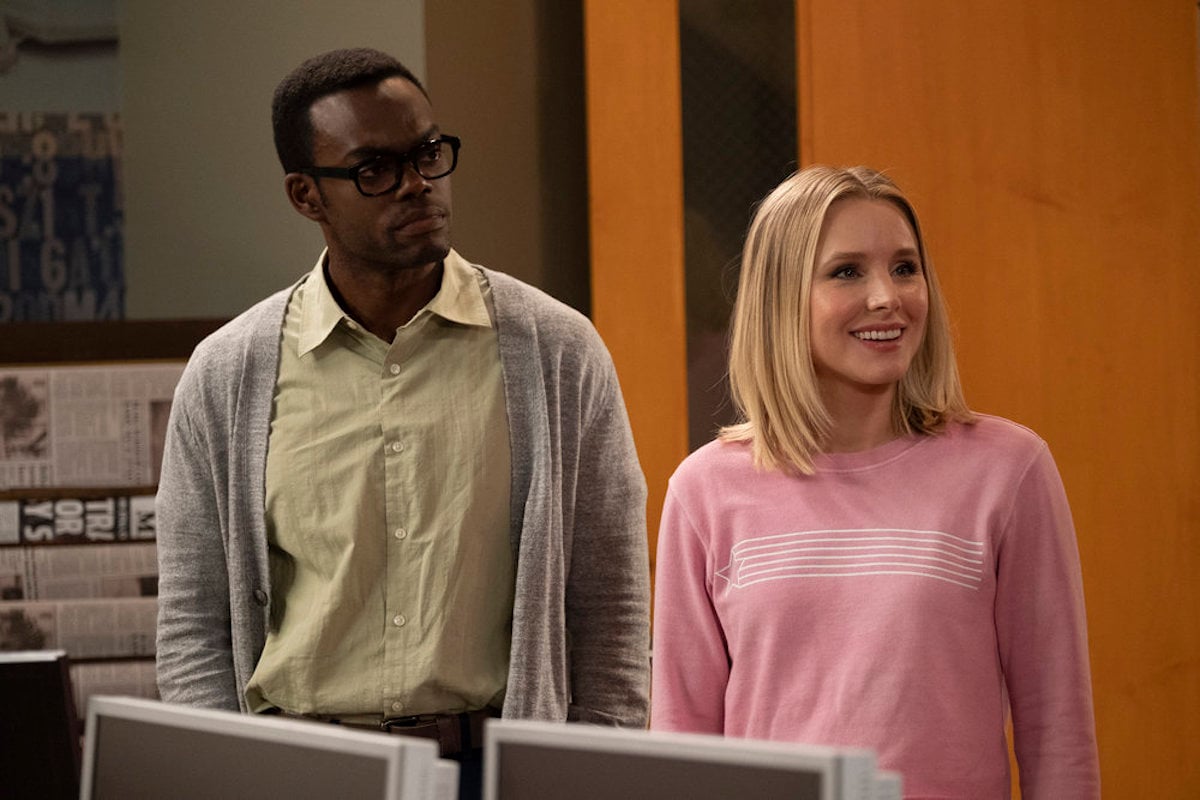 **Spoilers for the latest episode of The Good Place ahead.**

If there’s one constant The Good Place has shown, it’s change. This is a show that is constantly painting itself into corners only to explode the whole room (and sometimes the very reality of rooms in general). The latest episode, which is hands down the best of the season so far (and I’m not just saying that because it gave us shirtless Chidi), does that yet again, essentially resetting the entire premise. Again.

The last episode ended what turned out to be a self-contained mini three-ep arc, with the group seeing Michael and Janet open the door to the afterlife. Michael tries to find an explanation, landing on “FBI Mission,” which, fortunately, gets dropped quickly. Instead, they focus on accepting their new, eternally doomed reality, which they do in a wide range of ways.

At one point, Chidi explains to his students the three main theories on how to live an ethical life. There’s virtue ethics, Aristotle’s idea that there are certain virtues, like courage or generosity, that you should try to develop and exhibit; consequentialism says ideas of right and wrong stem from the consequences of your actions; and deontology, which says there are strict rules we have to adhere to keep society functioning, and ethical behavior is just adhering to those rules.

The reactions of the group, as they struggle to accept their new reality, just so happen to fit into those theories—well, except Chidi, who goes full nihilism as he makes disgusting candy chili and spirals into despair. He also really lets his inner Eleanor come out. 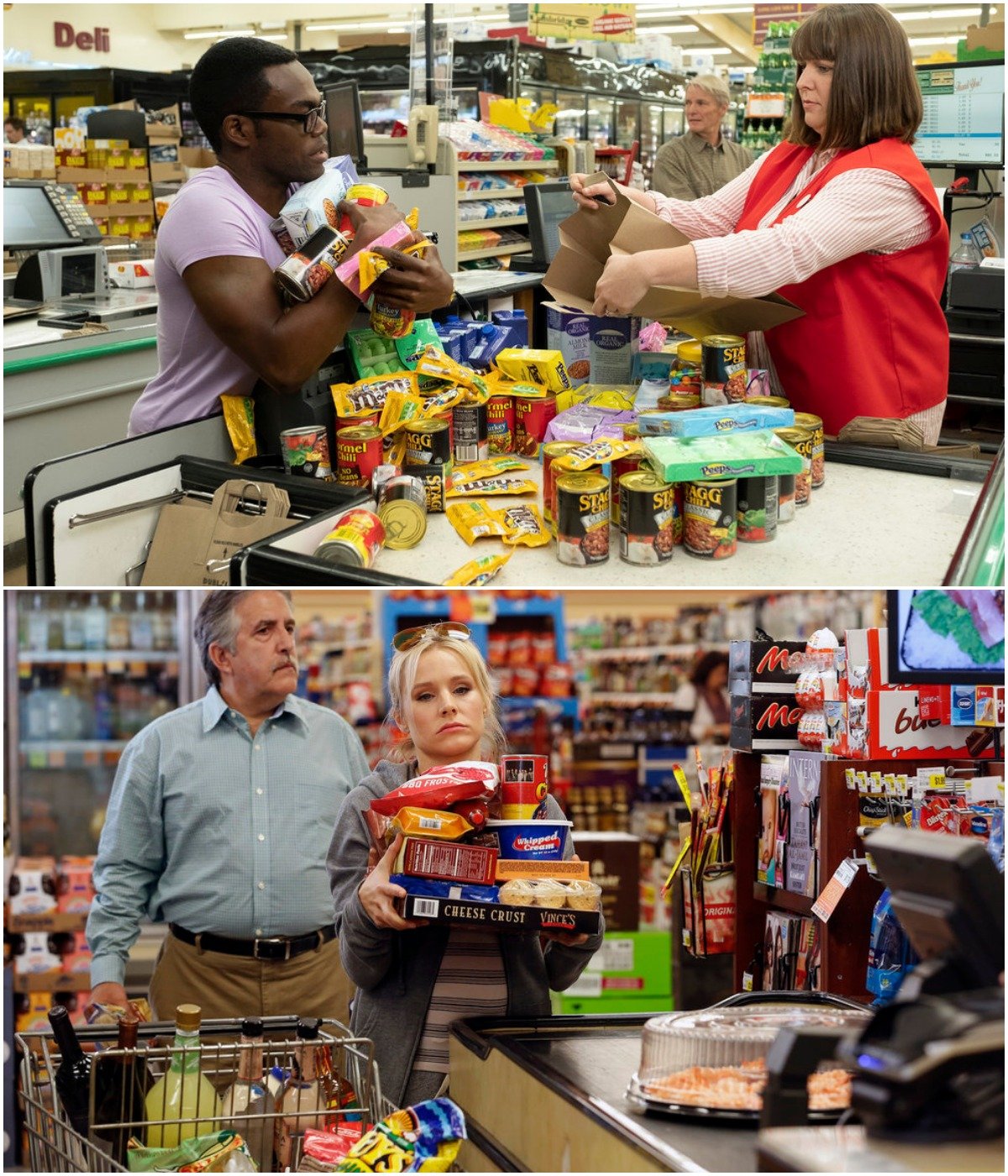 Those reactions also, both brilliantly and hilariously, take the group through the stages of grief. Chidi is most definitely wallowing in depression and anger. Eleanor tries hard to cling to denial and her dirtbag ways, and Jason and Tahani are attempting bargaining, giving away Tahani’s money as a way to be virtuous for virtue’s sake, now that she knows she can’t get into the Good Place.

(Since they all know about the point system now, the idea is that they can’t ever earn points, since any good deed would at least in part be driven by that motivation. It’s exactly what kept Tahani out of the Good Place on her first time around.)

Speeding through those stages opens the group up to settle into the fifth stage together: acceptance. The episode ends with them deciding to “try”—to try to be better people, not for themselves, but to genuinely make the world better and specifically to help the people closest to them make it to the Good Place.

Once again we’re left to wonder what the new end goal is. Now that the gang have (in theory) their entire lives in front of them, the show doesn’t necessarily have any less urgency, but it’s free of impending time limits in a way we haven’t seen before.

To that end, the title of the episode—”Jeremy Bearimy”—feels important. The name refers to how time moves in the afterlife. Rather than move straight ahead as Earth time does, it moves in a circuitous way that resembles the words Jeremy Bearimy, as written in English cursive.

“How can events happen before the ones that happened before?” as Eleanor asks. We don’t know, but it seems impossible that it won’t be relevant later on. (Also, the way the dot above the “i”—which is Tuesdays, and also July, and also, sometimes, never) broke Chidi’s brain was a delight to see.

What do you all think of this season so far, and where do you hope/think it’s heading?