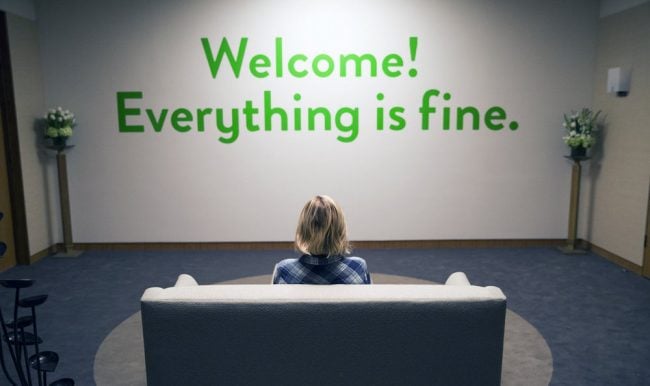 NBC’s The Good Place returns tonight for Season Two. I was already really forking excited for the show to pick back up, but then just last night I did a binge rewatch with a friend who had never seen it and it reminded me all of the reasons why I love it so very much.

Here are just a few, all of which are spoiler-free, just in case you’re wondering if you should be giving this a go for the first time. (The answer to that, by the way, is YES, and Season One is on Netflix now.)

It’s rare that we see a show with a cast this diverse, whose characters of color aren’t just relegated to the supporting or peripheral. This show both embraces and celebrates the characters’ varied cultures (since they come from all over the world, after all), but it doesn’t fall into the white-as-default mentality of only casting a POC if there’s a “reason” for the character not to be white. That extends to gender as well, with a well-balanced cast. This show is what actual representation looks like.

An important anecdotal example that I didn’t take any notice of at all on my first watch (or my second; yes, I love this show): Last week, Eric Francisco at Inverse wrote this article on the (largely unconscious) racism revealed by dating sites’ data. In short, black women and Asian men have the highest rates of being swiped left on or otherwise passed over.

In the pilot episode, when we see a welcome video explaining that in the Good Place, everyone meets their soul mate, who was cast to represent a romantic pairing? 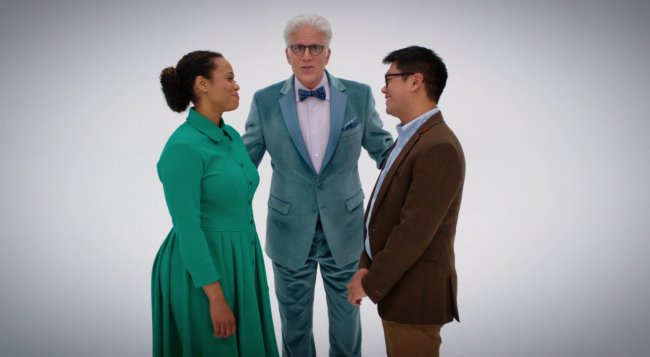 That’s not an accident. This writers’ room is very smart, and very aware of what they’re doing.

The beautiful and complicated friendship between Eleanor and Tahani

The way this show portrays friendship is remarkable. Even the most unlikeable characters are endeared to each other. Eleanor’s character is built on her being the worst, but she and Chidi have a beautiful connection. Jason is possibly even more unlikeable than Eleanor, but I like him in large part because of how deeply Eleanor seems to care for him.

Best of all, though, is the friendship between Eleanor and Tahani. It’s part kneejerk competition, part admittedly surprising (for Eleanor) sexual attraction, part fully genuine bond. Their friendship doesn’t make sense on the surface, and maybe it’s the chemistry of Kristen Bell and Jameela Jamil that sells their connection. But they also remind me of those friends that you have when you’re young, who you may not have anything in common with as adults, but your bond is so strong it can’t and doesn’t need to be explained. These two just happened to meet as deceased adults.

Ted Danson (and everyone else)

Ted Danson is a television legend, and I’ve still never loved him in anything as much as this. Watching him is like a Master Class in comedic acting, every second he’s on screen. If you are not watching this Ted Danson performance, you are missing out on a high point of modern comedy.

But the rest of the cast isn’t getting nearly the attention they deserve. Kristen Bell is, of course, amazing. Manny Jacinto and D’Arcy Carden (Jason and Janet, respectively) are actual comedic geniuses.

I also don’t know how William Jackson Harper (Chidi) isn’t literally everyone’s internet crush. Have you seen that smile? That comedic timing and those facial expressions? The fact that he is, in the words of Eleanor, “surprisingly jacked”? Don’t sleep on Chidi, he’s the greatest, and we need him to have about a dozen more “in production” IMDB credits.

It’s an actual conversation about ethics

Not only do lessons in philosophical ethics play an integral role in the plot, but the entire concept of a “good place” and “bad place” isn’t just lip service here. Through much of the first season, I had problems with the criteria that these afterlives seemed to be based on, which I won’t get into here because I promised no spoilers. What I will promise, though, is that there are some great conversations to be had around the moral issues at the center of this show.

Watching with my friend, she noted that the tone and cadence of The Good Place could fit right in on the TGIF lineup of 90s sitcoms. And it’s true that this show has a classic feel to it, much like Michael Schur’s other shows, The Office, Parks & Recreation, or Brooklyn Nine-Nine.

But Schur clearly loves the classic format he’s subverting and building on so deftly. This show matches Veep and Arrested Development beat for beat of dry humor and too-quick jokes. In an era of network comedy decline, Michael Schur is an outlier, and The Good Place is another stellar rung on his ladder to the top of brilliant comedy.