The Good Omens DVD/Blu-ray will be available on November 5th, 2019, and we have the rundown on the special bonus features.

We knew courtesy of Good Omens co-author and showrunner Neil Gaiman that the DVD/Blu-ray would feature some deleted scenes and audio commentary. Now comes the news that we’ll have even more content that dives deep into the show’s characters and their world. BBC Studios announced what we can expect to find on Guy Fawkes Day:

This is so much—an absolute feast for Good Omens fans. Costume design! Queen! Storyboards! But I wanted to know more about what such tantalizing featurettes as “Aziraphale’s World” might entail. Our friends at BBC Studios obliged me with more information, and I hope you’ll be as excited as I am to hear what’s in store for us on the two-disc set.

The World of Good Omens

A minute-long promo where Michael Sheen and David Tennant give their thoughts on the scope of the show and being part of the adaptation.

No miracles here, just a whole lot of love—Neil Gaiman and the cast take us through the development of the miniseries, from the origins of the novel to the production of the show itself.

This sounds wonderful, and the history here will be much appreciated by fans of the book.

Neil Gaiman guides us through the shelves and secrets of A. Z. Fell & Co., a bookshop in SoHo owned by a particularly peculiar bookseller.

Neil Gaiman taking us through Aziraphale’s bookshop? Yes, please. The bookshop set looked incredibly rich and excellently detailed, and it will be fantastic to get a closer look.

Get to know Aziraphale, an angel with a well-worn wardrobe, a bustling bookshop, and a heart full of love. Oh, and a difficult boss…

Aziraphale is my favorite character, so I’m especially thrilled about this one.

Grab your sunglasses and take a peek into the wily life of the demon Crowley, from his serpentine style to his blazing Bentley.

You can’t love Azirphale and not also adore this old serpent. I hope “Crowley’s World” takes a look at his flash fashion across the ages.

The DVD/Blu-ray set is available for pre-order from BBC Studios and Amazon. I appreciate the stellar new art created for the set that shows the full scope of the Good Omens universe: 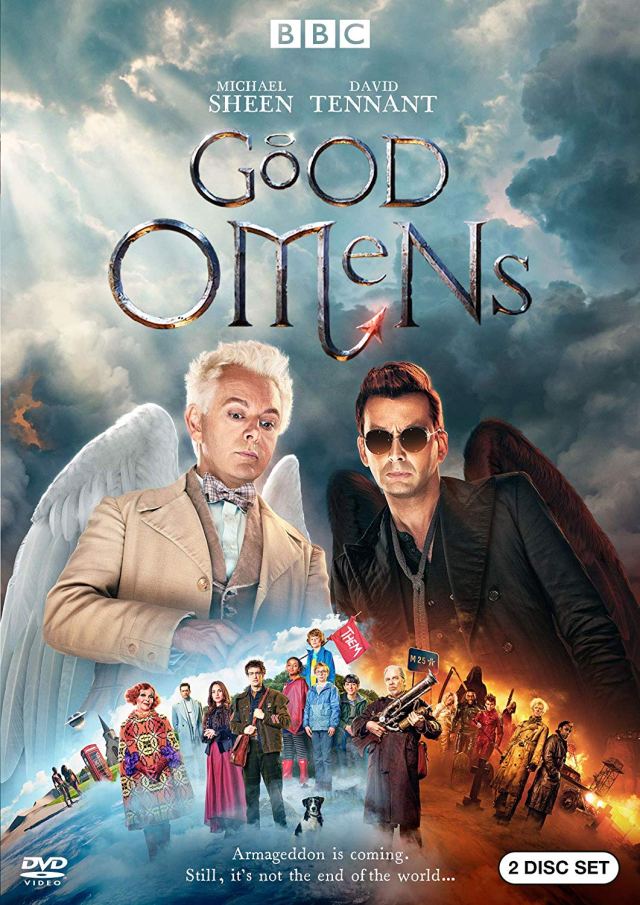 Remember, remember, the fifth of November …