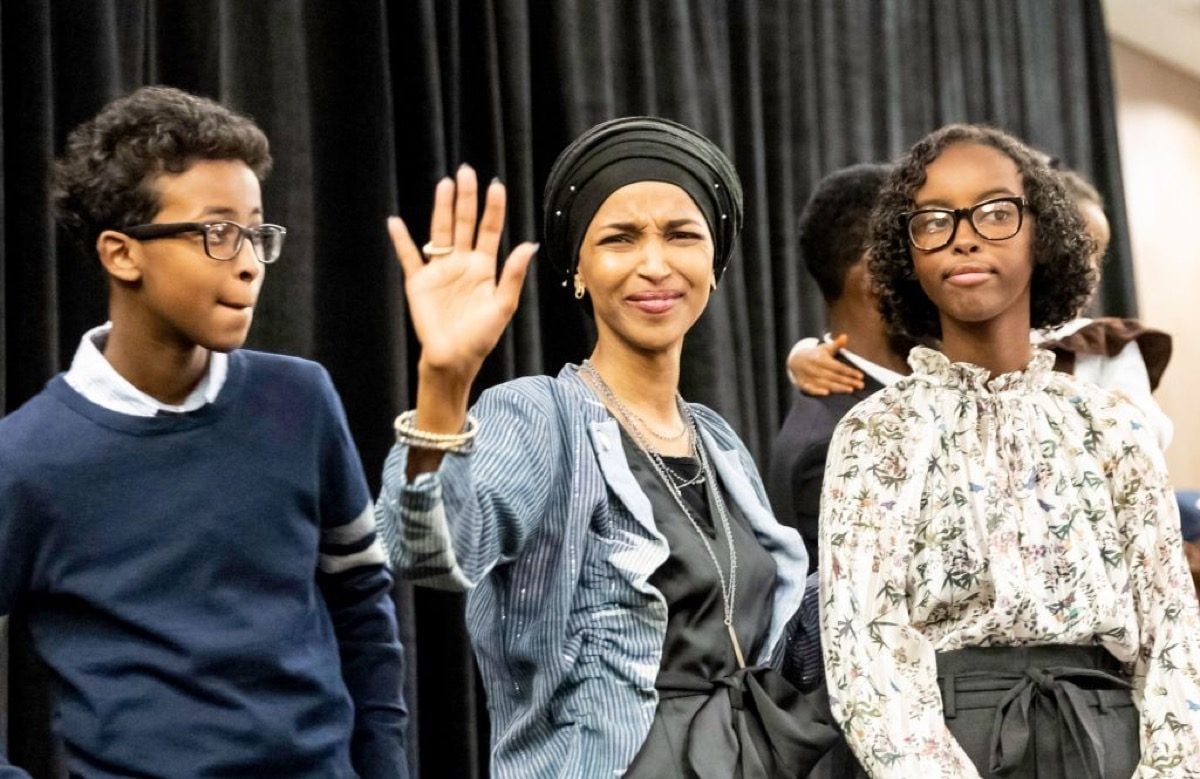 Last night, not only did the Democratic Party retake the U.S. House of Representatives, but they logged a number of historic firsts and state-level wins that are encouraging. On the other side of things, some of the races they lost say a lot about the state of politics in our country—none of it good.

First, let’s look at the bright side, starting with the raw numbers. Based on where still-outstanding votes will come from (as not all results are in yet), Democrats are expected to win the U.S. House by about 7 percentage points, marking an 8-point swing towards Democrats compared to the 2016 election—the biggest swing towards Democrats since 1948, when the parties were vastly different from their makeup today. Basically, the current Democratic party has never seen this big of a sea change in their favor.

I should also note that it comes close to the 9-point House shift towards Republicans in 2010, which was the result of a lot of hate directed at President Obama and the Affordable Care Act. However, that 9-point shift followed 2008’s election, which Democrats won by over 10 points in the House (53.2% to 42.6%), having much farther to fall. Republicans only squeaked by in 2016 at 49.1% to 48%, and then suffered this massive swing, meaning this is not only a big shift, but also a big win in general, with the Democrats scoring a higher percentage of the House vote than they did even in 2008—an election President Obama won fairly easily.

I wonder what sudden, unexpected event could have resulted in such a sudden, huge shift in voting habits? (Seriously.)

Anyway, now that we’ve looked at what the simple House popular vote total tells us about how Americans feel about the two major political parties, and the president, right now, let’s get into some more fun highlights. Overall, it was an incredible night for women.

You may have heard, leading up to the election, that women were getting involved at an unprecedented rate, and that carried right over into their victories. Alexandria Ocasio-Cortez—one of the most talked-about candidates after she defeated incumbent Democratic representative Joseph Crowley in their primary race—easily won her district, currently winning with 78% of the vote (98% reported). Ocasio-Cortez is not only the youngest woman ever elected to Congress at 29 (and, of course, the youngest Latina woman), but the youngest sitting member of Congress period.

Her entire campaign, and victory, is understandably seen not only as a signal of a progressive shift in the Democratic Party, but as further proof that shift can work.

The night was full of other historic wins for women and more, including the first openly gay man to win a gubernatorial race, the first and second (Rashida Tlaib and Ilhan Omar, the latter pictured above) Muslim women in Congress, the first Black Lt. Governor in IL, the first Black Congresswoman in MA and CT, the first Somali-American (and Somali-American woman) in Congress, and the first Native American congresswomen. I’m sure there are others I’m missing (including women winning gubernatorial races in Kansas and Maine) as I catch up on the news this morning, but we’ll have a full, dedicated rundown later in the day. (Here’s just one part, focusing on LGBTQ winners, and another, focusing on women and people of color!)

The point is that this was a wonderful election night in so many ways, but there is still an important downside, especially in our current environment. Democrats lost ground in the Senate last night. Since Senate terms are six years and House terms are two, Democrats’ Senate chances were always bad this year, despite that House popular vote performance, due to the specific seats that were in play.

However, the reason some incumbent Democrats lost their seats is particularly disheartening: It seems voting against Brett Kavanaugh’s Supreme Court confirmation may have cost them those seats, at least in Indiana and North Dakota. That emphatically does not mean that Kavanaugh has been helpful overall in terms of winning voters over to the GOP now or in the future, or that his confirmation is supported by a majority of voters—the effect did not extend to most states, but we’d rather not see it anywhere.

High percentages of voters in those races (47% in ND and 53% in Indiana) said “no” votes on Brett Kavanaugh were important factors in who they would support last night, and a mid-September Pew survey found that voters said the court was among their most important voting priorities. In North Dakota, only 43% of voters had a positive opinion of Senator Heidi Heitkamp’s vote against Kavanaugh. We already knew that there was a political party divide in how the public viewed the allegations against Kavanaugh and Senators’ reactions, but it’s still disappointing to see voters actively punish Senators for simply deciding they believed women enough to not give Kavanaugh one of the most important jobs in America, when another conservative judge would certainly have been confirmed in his place anyway.

Democrats and progressives may have been extra energized in this election, but those who oppose those views are digging their heels in even harder in response, which is especially concerning when it comes to issues like this.

Then, there’s Stacey Abrams still fighting in the Georgia gubernatorial race against Republican Brian Kemp, which she’s doing because there are still outstanding ballots to be counted, but it has also been a race marred by voter suppression by Kemp himself, who also had the job of overseeing the very election he participated in. In one Georgia polling location, voting machines went down due to a lack of power cords.

There was also good news on the voter suppression front, though. In Florida, an amendment that was on the ballot passed, allowing disenfranchised felons to vote once again—about 1.5 million of them (a not-insignificant number compared to Florida’s population of roughly 21 million). In other good news, there are important developments ahead in Special Counsel Robert Mueller’s investigation into Russian election meddling in 2016, and Democrats winning control of the House should help keep things on track.

Oh, and right-wing conspiracy people are realizing they’ve fallen for a bunch of crap, which is a lot of fun after listening to them prattle on about “the silent majority” and whatnot for two years.

QAnon believers on /qresearch/ are not reacting well to projections that Democrats will take control of the House. pic.twitter.com/OhTzuxDz76

We’d always love an even bigger victory, but yesterday’s election finally gave us the check on the White House’s power that we desperately needed, and there are still many more high points that I’ve missed here (like this one, or this one, which floated by my news feed during the process of publishing this post). There are also other low points, like Alabama adopting a constitutional amendment that could (and probably will) be used to restrict abortion rights.

Overall, though, today is a better day that we’ve sorely needed for two years.