Women, and Especially Women of Color, Made History Last Night 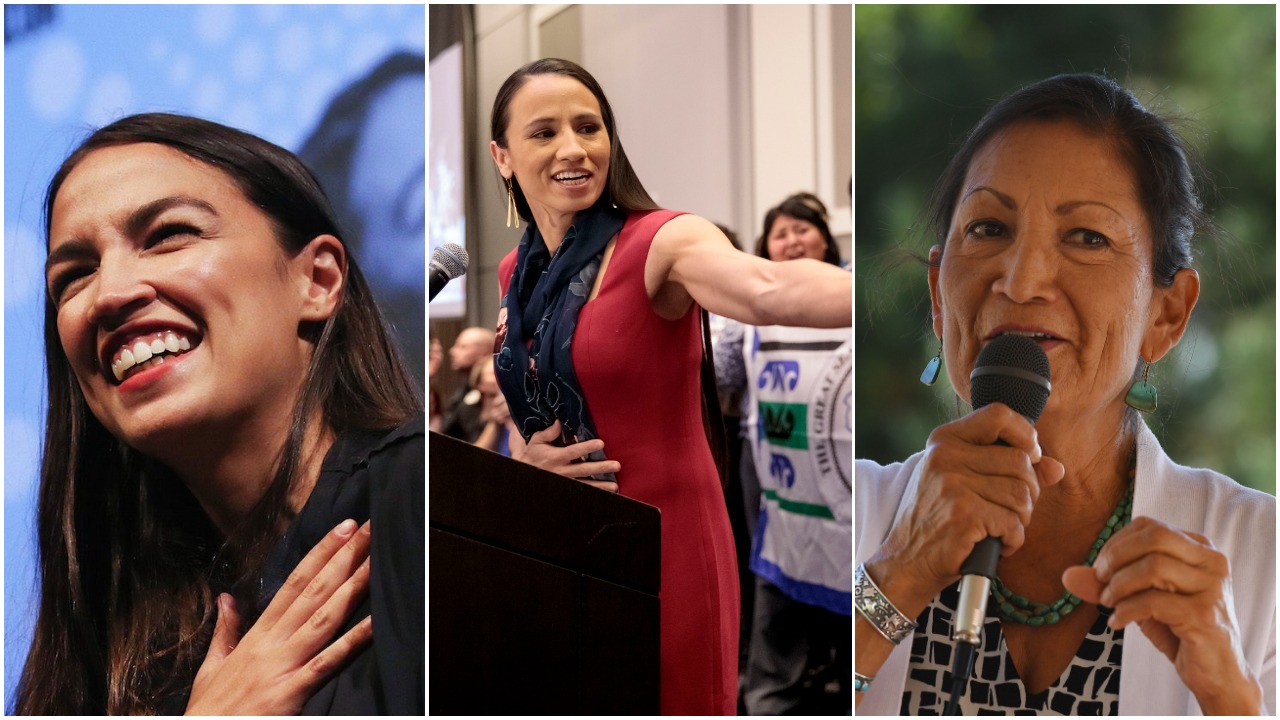 We’ve been talking about the good and the bad of yesterday’s election, and there sure is a lot of both, but one great thing we can’t stop celebrating is the incredible number of women elected to office.

We’d been hearing for months about the record number of women running for office, and last night, voters turned out for them. In the House, 96 women have reportedly won or are projected to win their races. 65 of those are incumbent reps, with 31 newly elected women. Until now, the record high for women in the House was a total of 85.

In addition to the number of women overall, there were a ton of historic gains. New York’s Alexandria Ocasio-Cortez was the youngest woman ever elected to Congress. Kansas’ Sharice Davids and New Mexico’s Deb Haaland are the country’s first Native American congresswomen. Davids is also Kansas’ first openly gay statewide representative.

Ilhan Omar and Rashida Tlaib are the first Muslim women elected to Congress.

Tlaib is the first Palestinian-American woman elected to Congress

Omar is the first Somali-American woman elected to Congress

.@RashidaTlaib, @AyannaPressley and @IlhanMN are coming to Congress to work with me, IN THE MAJORITY, which is the first time any of us will be in a majority in our lives! 💪🏽💪🏽💪🏽💪🏽

In the Senate, female Democrats lost some important races. Missouri’s Claire McCaskill and North Dakota’s Heidi Heitkamp were both vulnerable as Democrats in deep red states, and a lot of people are pointing to their votes against Brett Kavanaugh as what cost them their elections. Both women knew that was a risk, and they chose to vote their conscience and support women anyway. That’s commendable.

But other women made gains in the Senate. Arizona’s race is still too close to call, but either way, the state will be sending its first woman to the Senate (Democrat Kyrsten Sinema or Republican Martha McSally.) Marsha Blackburn is Tennessee’s first female senator, despite Taylor Swift’s endorsement of her Democratic opponent, and by electing Jacky Rosen, Nevada became the fifth state to have two female senators.

There are also now nine female governors, matching the record set in 2004. Iowa elected its first female governor, Kim Reynolds (who was the incumbent but she had been appointed to the position), along with its first-ever female state representatives, 29-year-old Abby Finkenauer and Cindy Axne, both of whom beat out their male Republican incumbent opponents. Maine and South Dakota also elected their first female governors with Janet Mills and Kristi Noem, respectively.

And there’s still a chance to bump that number of governors up to a record-breaking ten, since as of writing this, Georgia’s Stacey Abrams refuses to concede to Brian Kemp. Not only were there tons of reports of voter suppression in the state, but apparently, not all absentee and early mail votes have been counted, and those are expected to lean heavily in her favor in numbers far exceeding the margin of Kemp’s current lead.

We will fight for every vote. The best is yet to come. #gapol pic.twitter.com/KKPqE9fMVw

We didn’t win every race, and results broken down by race and gender are as shameful for white voters as in 2016, but there is so much to be celebrated here. I was lucky enough to watch election results from Sharice Davids’ watch party, and the energy was incredible. There was a mix of people of all ages (including one girl genuinely thrilled to be spending her fourth birthday at the event), but overwhelmingly, the staff and volunteers and interns and supporters were young people, many of whom were engaging in politics for the first time and were so excited to be there, and so proud of the work they put in.

And that was just one room among countless more across the country with the same energy. There are more women in office now than ever before, and this is only the beginning.