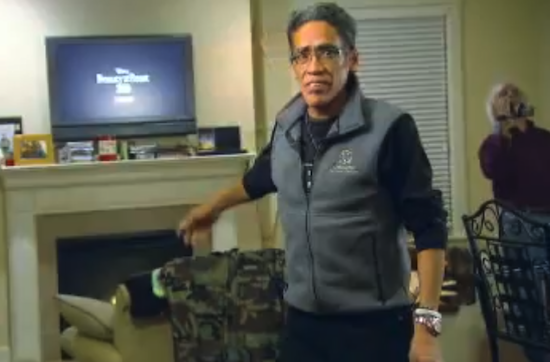 About this time last year, the Internet discovered Ted Williams; a homeless man with a so-called “golden voice.” Given the explosive recognition Williams received, he was soon given a number of job offers, a home, and the chance to start life over again. Along the way, Williams has hit several bumps in the road and gone through a grueling battle with addiction. But in an anniversary update from Entertainment Tonight, Williams appears happy, healthy, and optimistic about the future. Perhaps the most notable aspect of the video is that when the Internet meets Williams this time, he’s in his own home. See the video below.

Despite his success, I cannot help but wonder if Williams will ever be frustrated with his notoriety. He will forever be the “homeless man with the golden voice,” and will likely have to live with that moniker for the rest of his life — no matter how successful his career. If those words hadn’t been in the headline, would you have remembered the name Ted Williams?