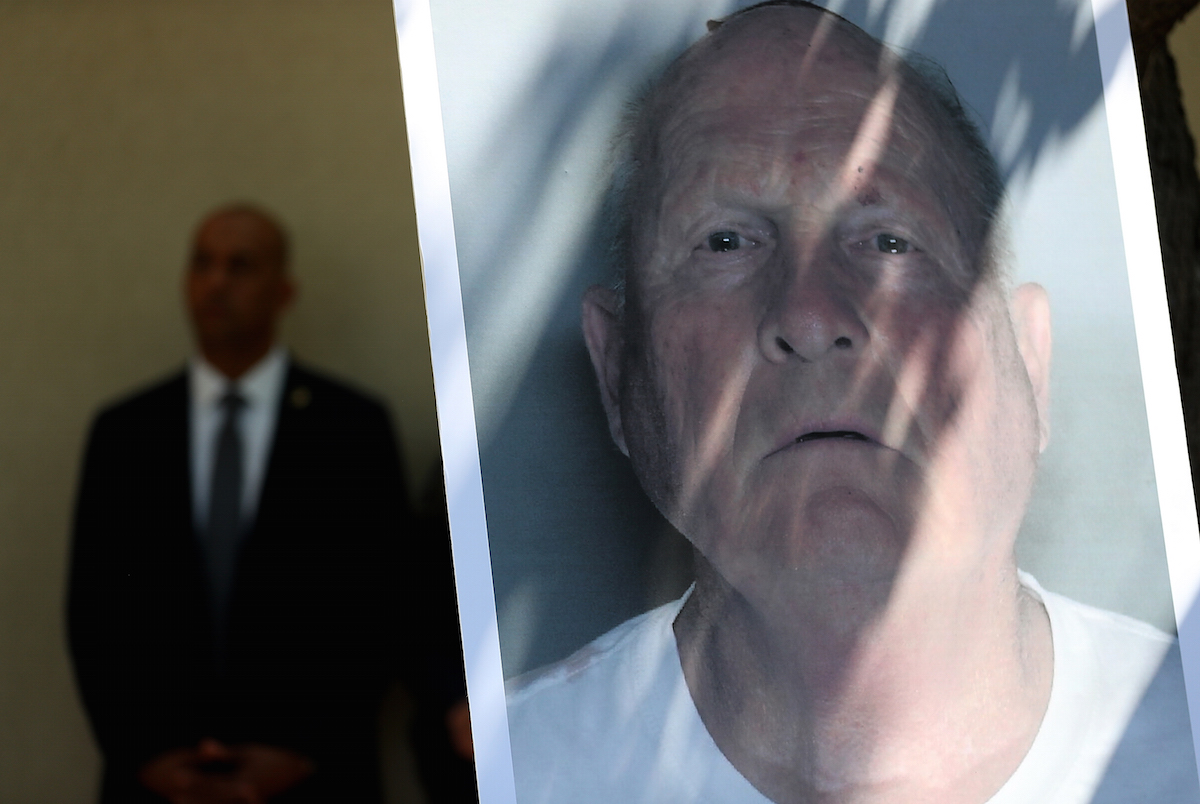 Joseph James DeAngelo, 74, has been known by many names over the decades: the East Area Rapist, the Original Night Stalker, the Visalia Ransacker, and the Golden State Killer. Now, he can officially be called a convicted rapist and murderer who will spend the rest of his life in prison for the crimes against 87 victims across California.

AP reports that, at his sentencing, DeAngelo rose from a wheelchair, removed his mask, and said, “I listened to all your statements, each one of them, and I’m truly sorry for everyone I’ve hurt.”

Sacramento Superior Court Judge Michael Bowman told the court at sentencing, “When a person commits monstrous acts, they need to be locked away where they could never harm another innocent person.” Judge Bowman also commented on the bravery of the survivors, says CNN.

“I was moved by their courage, their grace, their strength — all qualities you clearly lack,” Bowman added. “This is the absolute maximum sentence the court is able to impose under the law. And while the court has no power to make a determination where the defendant is imprisoned, the survivors have spoken: Clearly the defendant deserves no mercy.”

DeAngelo was originally a police officer in Exeter, according to investigator Paul Holes, and was eventually fired in 1979 after he was arrested for stealing a hammer and dog repellent.

For forty years, DeAngelo had avoided capture, until new DNA evidence allowed investigators to match his DNA profile to rape kits and evidence that has been preserved over the years. While known in the true crime circle, the case grew in public attention in part due to the work of late author Michelle McNamara, who wrote a book on the crimes, I’ll Be Gone in the Dark, (and also gave him the Golden State Killer name). A miniseries about her writing the book and the case recently came out on HBO, bringing even more attention to the attacks and the survivors.

Despite my issues with the prison system, there is no denying that DeAngelo is a monster who brutally traumatized and murdered so many people. He taunted them with phone calls and made their entire sense of safety vanish. We may have a certain number of victims, but the harm he has done is far-reaching for their families, loved ones, and even DeAngelo’s family, who are now forced to reconcile the man they knew and loved with his bogeyman.