'Godzilla' Joins the World of 'Magic: The Gathering' | The Mary Sue

Magic: The Gathering’s Ikoria: Lair of Behemoths Official Trailer, What We Learned From the Live Stream, and Oh My God It’s Godzilla!!!!

Today Wizards of the Coast released a new official trailer for their upcoming set Ikoria: Lair of Behemoths for Magic: The Gathering. Along with it came a livesteam that broke down the future of Magic for a while and shared the news about their collaboration with Japan’s Toho productions, the studio that created Godzilla.

Let’s start with the trailer. As someone who loves Vivien and has wanted her to have a good Planeswalker card this time around, it was good seeing her featured front and center in this trailer. I am not crazy about the song choice, mostly because it doesn’t really match up with the movements and I think something more specific to what was going on would have been cool. Still, it showed us that Ikoria is going to be the world of big kaiju like creatures. Including the king of them all GODZILLA. Well technically Zilortha, Strength Incarnate, but we know the truth. 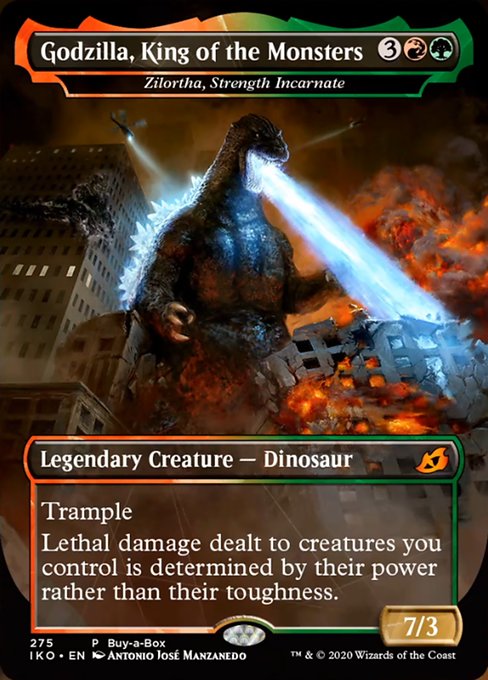 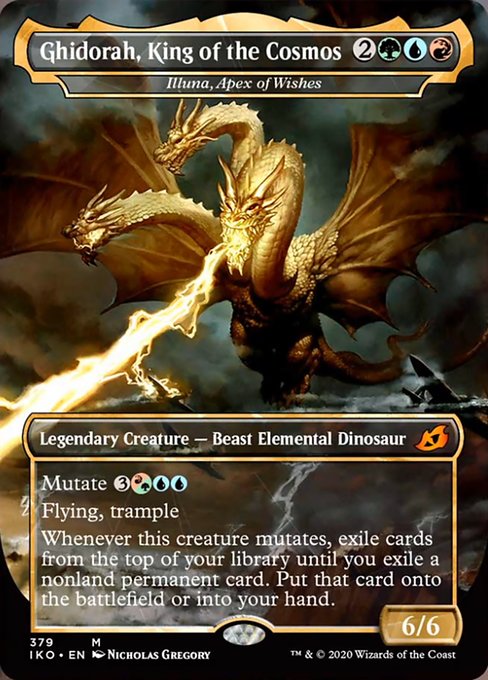 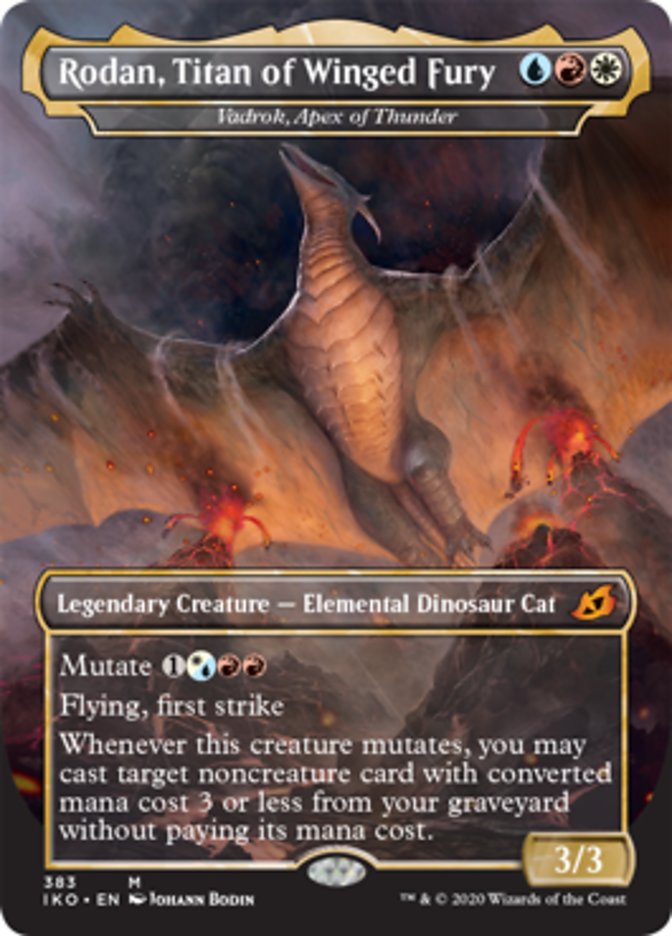 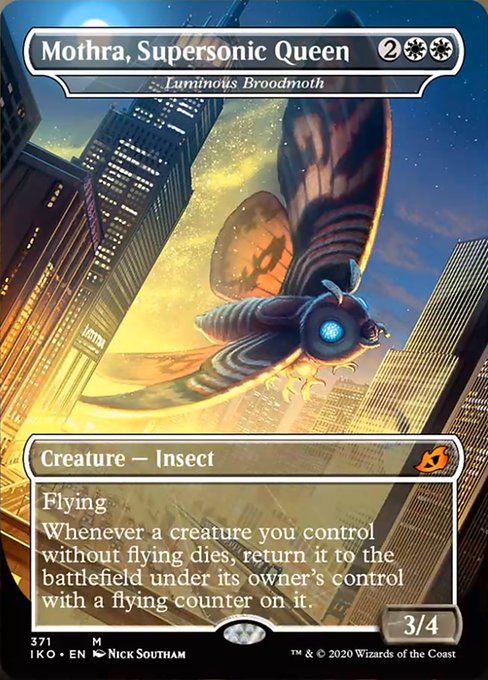 The set also features Queen Mothra (Luminous Broodmoth), King Ghidorah (Illuna, Apex of Wishes), and Rodan (Vadrok, Apex of Thunder). I will be unwrapping so many packs until I get all of these cards.

The livestream explains that Wizards of the Coast teamed up with Toho to create this giant monster set. So this set mashes these two worlds together in a big way. “A playground to stomp, crush, destroy” is how principle creative designer Doug Beyer describes the set and as someone who has a Mayael the Anima EDH deck … I am pleased by this idea of a set filled with huge powerful monsters. Finally some good big food for the green and red color wheel players. Sorry white. 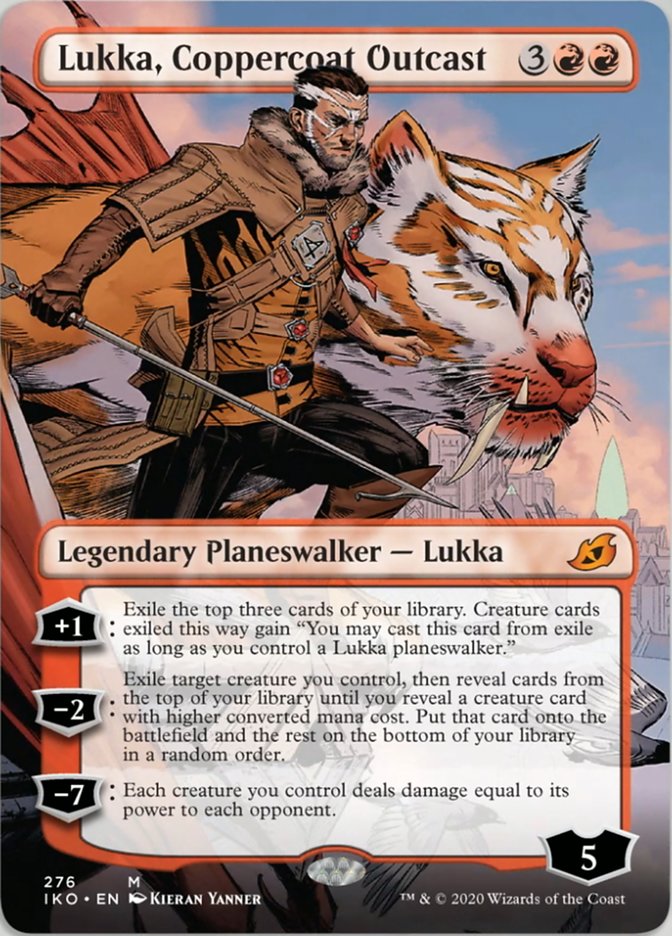 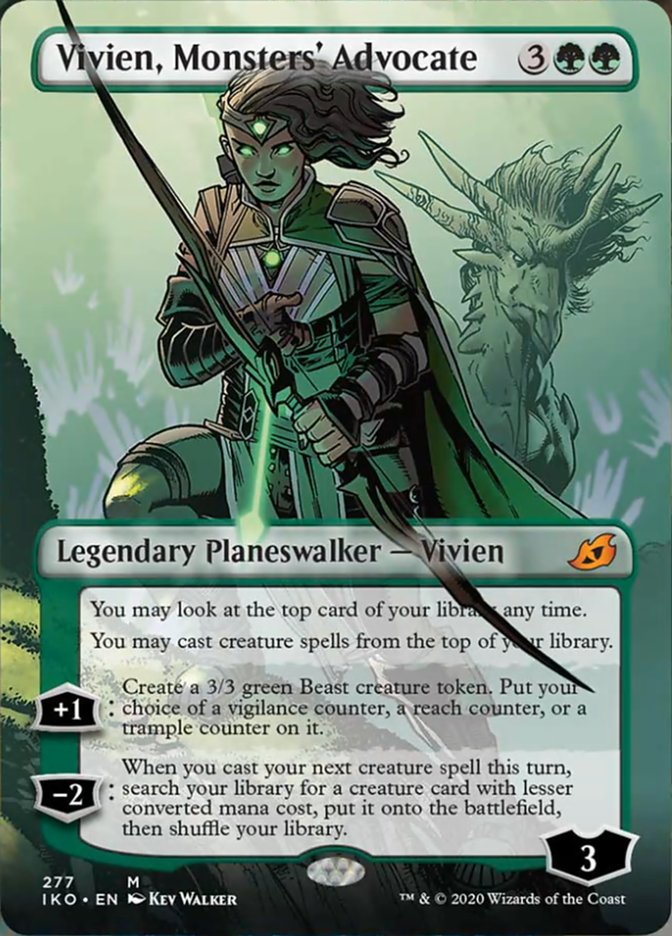 Then, my favorite part, we also got a preview of the upcoming Commander products with the five legendary creatures which we will get in the set: Otrimi, the Ever-Playful; Kalamax, the Stormsire; Jirina Kudro; Gavi, Nest Warden; and Kathril, Aspect Warper. 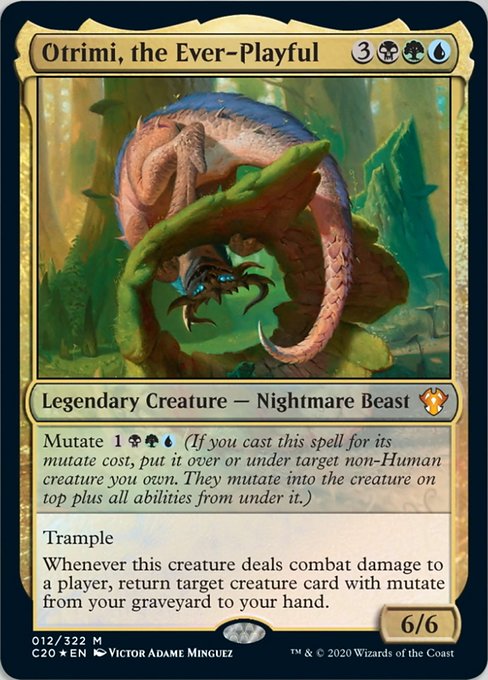 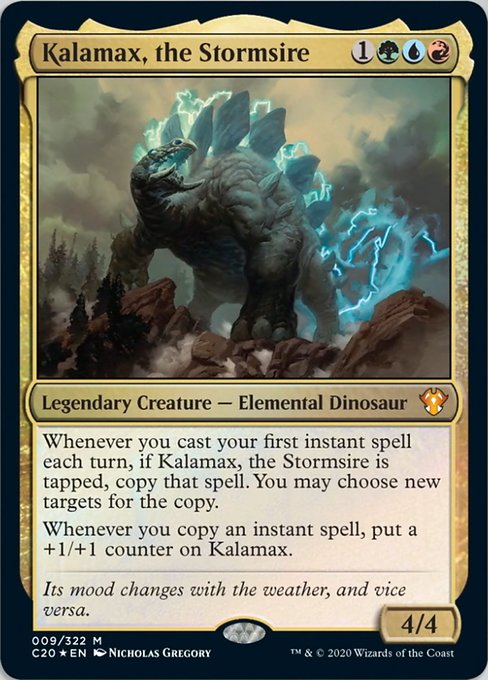 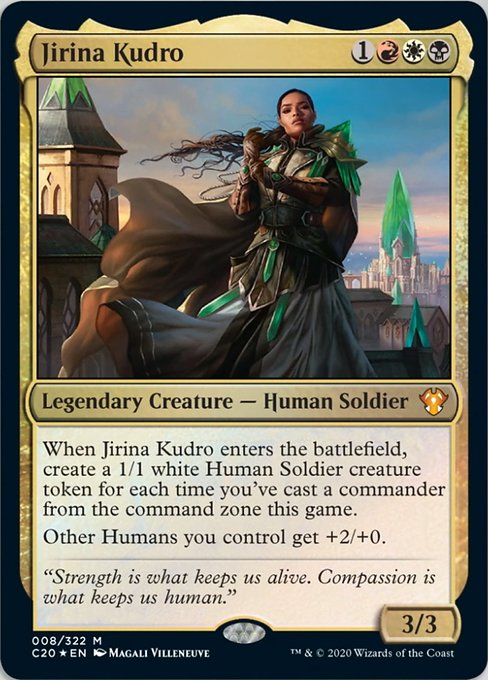 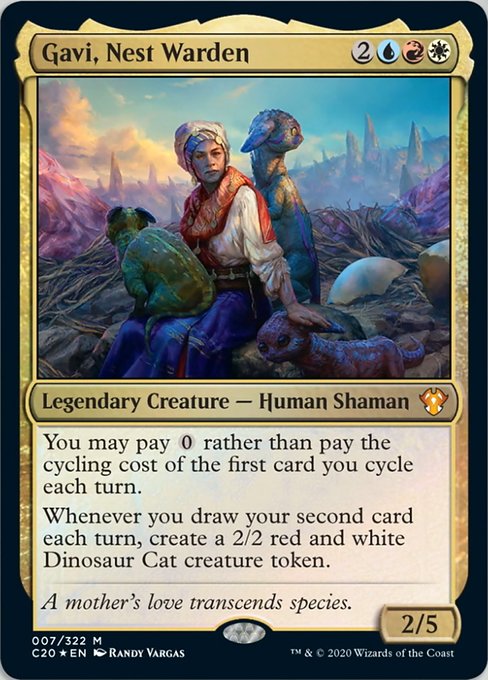 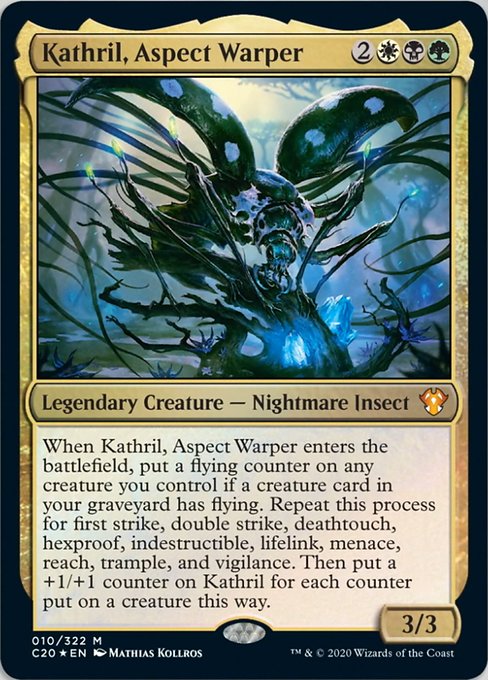 More importantly: New legends from the #MTGIkoria Commander product have been revealed! Which is your favorite and why? pic.twitter.com/Pl6B4b01Pe

We will also be getting new mechanics like mutate and companionship. As it is explained on the official website, mutate allows an alternate way to cast a card besides just paying the mana cost, you can play its mutate cost and get to create a hybrid creature.

“As a mutating creature spell resolves, instead of entering the battlefield, it merges with its target into one creature. Its controller chooses to put the resolving mutating creature spell on top of its target or underneath it. You’ll end up with a pile of cards (or tokens—we’ll get to that in a second) that all represents a single creature. That creature will have all the characteristics of the top card, and it will also have the abilities of every card underneath.”

With companionship, it is a special card that can be number 101 in your EDH/Commander deck at long as your deck runs in a way that is delegated by your companion card. “So, the companions are legendary creatures who begin outside your starting deck and have great influence over the rest of your deck,” it says. If you have a card like Gyruda, Doom of Depths as your companion, you can then only have a “starting deck contains only cards with even converted mana costs.” 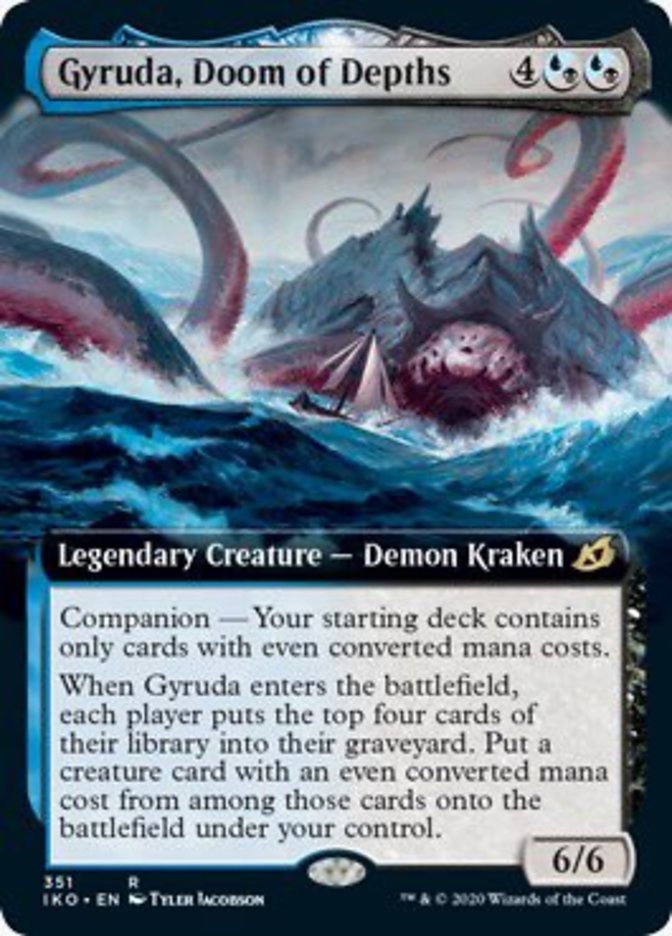 This is going to be the beginning of a lot of interesting decks.

In light of this Toho/Wizards collab are there any other collaborations you’d like to see from Magic? I say release the Sailor Moon deck and give the spell slingers what they deserve.

(via & image: Wizards of the Coast)