Good Omens Does Believe God Is a Woman 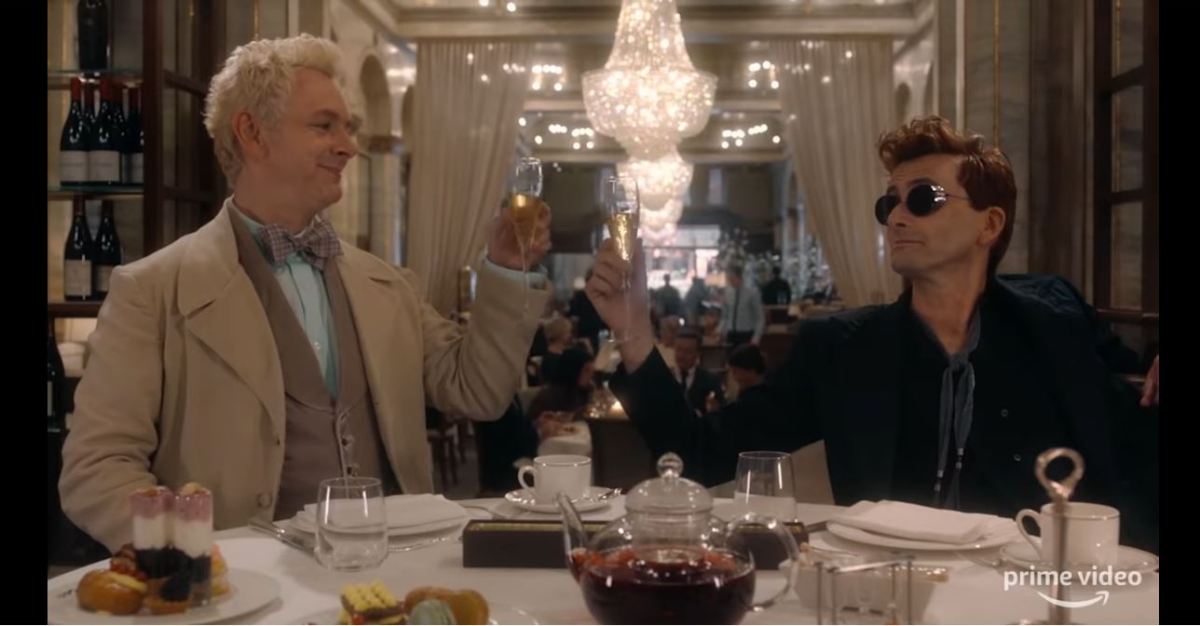 God is a woman, and her name is Frances McDormand, and I’m perfectly okay with that, thanks to Good Omens! Now, let me be clear, this isn’t the first time that God has been depicted as a woman in pop culture. In fact, God was Alanis Morrisette in Dogma, but then again, Dogma owes a lot to the novel Good Omens, so maybe all the credit does go to Good Omens.

Terry Pratchett, creator of DISCWORLD, has died. His GOOD OMENS with @neilhimself is in my Top 5. Without that book, I never make DOGMA #RIP

Anyway, I’m here more to talk about my feelings about God being Frances McDormand, not about Dogma. (We’ve already covered that masterpiece.) While the show is very much honoring Neil Gaiman’s belief that God should be a woman on the show, it’s still a wonderfully fun choice to make Frances McDormand the voice of God, mainly because then I would listen to anything God told me to do.

In the context of the show, God is heard as the narrator, telling us the story as we see it played out before us and giving us fun information about the world. (Did you know that the world is a Libra?) But hearing a woman dictate the events is extremely important, mainly because hearing about the creation of mankind from a woman shows me, as an audience member, that things can change.

I don’t know about you all, but for me, having a woman be the creator of everything makes a lot of sense, especially with the idea that we’re all-knowing (just kidding, but still, it is super fun). Maybe it’s just a feeling of change, of not having a man telling us about how the world was created and how it will end, that feels so refreshing and new.

Or maybe it’s just that I’m so used to being told things by men that I actually want to listen when Frances McDormand tells me about how we’ll meet our end. Whatever the case is, I love the idea that God is a woman, not because women should be in charge (we should, but that’s a different thing entirely), but because we never really had our chance to see ourselves as the powerful, all-seeing God.

I love Good Omens for a lot of reasons (hot David Tennant as a demon is definitely one of them), but also, having Frances McDormand as God makes listening to our demise that much sweeter.