Season 2 of 'GLOW' Dives Into #MeToo | The Mary Sue

Season 2 of GLOW Offers a Devastating Take on #MeToo 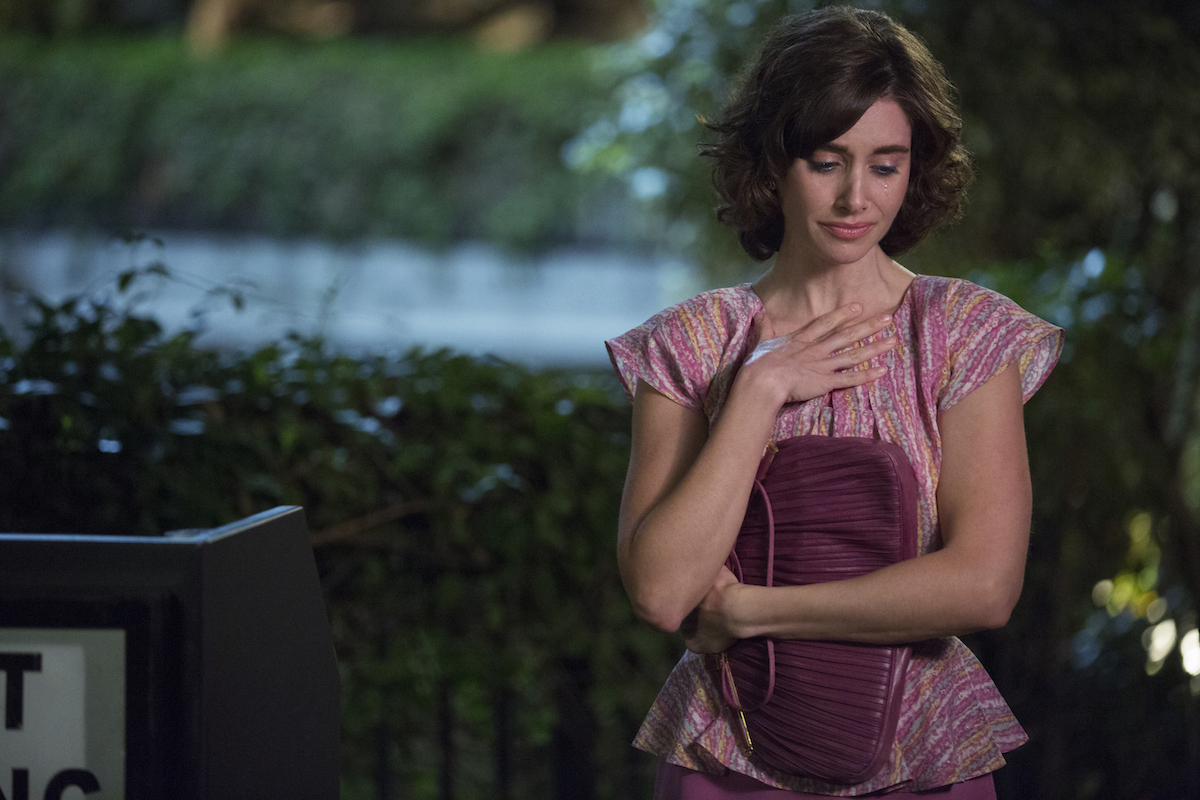 Following an absolutely glorious first season, season two of Netflix’s GLOW manages to build impressively upon what they’d created. The first season of GLOW gave us a group of women on the path to becoming the Gorgeous Ladies of Wrestling, culminating in the shooting of the show-within-a-show’s pilot episode. In season two, they have to navigate their new world of D-list television stardom. Where season one built up these characters and their relationships to one another, season two sees them existing in these new spaces they’ve carved out, many of which are deliberately uncomfortable.

At times, the season feels disjointed, even stagnant, in part because much of the plot revolves around Debbie’s continuing emotional punishment of Ruth over her affair with Debbie’s husband. Their relationship doesn’t progress in the standard story arc form because Debbie has no interest (or at least willingness) to see it progress. This isn’t a bad thing, but it does become uncomfortable to watch.

Also, the characters are really more important than the plot this season, meaning there are a number of stand-alone episodes that don’t drive the plot forward with much force. Again, this is not a negative–those episodes go to some incredible places. The first season explored issues of racism and xenophobia and the way the women’s characters feed on and perpetuate destructive stereotypes, and season two goes even deeper. It also shines a bright light on the sexual harassment and workplace abuses driving Hollywood behind the scenes and the ways in which women are expected to trade in their sexuality.

**Warning: Spoilers for season 2 of GLOW ahead**

In the fifth episode of the season, Ruth (Alison Brie) gets an invitation to a business dinner with Tom Grant (Paul Fitzgerald), the head of the network, to “talk about [her] future on the show.” But when she shows up, the “dinner” has been moved from a hotel restaurant to the network head’s room. Glen, a familiar network executive, is there, putting Ruth at ease. But then he’s … not there. And then Grant is wanting to wrestle, using the opportunity to touch her sexually, and trying to get her into a bath. The scene is reminiscent of all we know about the allegations against Harvey Weinstein, but Weinstein didn’t invent these tactics, he just (allegedly) capitalized on the path carved out by countless men represented here by Grant.

Watching Ruth navigate Grant’s advances is devastating. She knows Grant does have the power to advance her career and doesn’t want to risk alienating him with a flat-out refusal. She smiles, she pretends like she doesn’t want to stomp on his chest, maneuvering his grossness as amiably as she can until she finally just goes motionless, like a deer caught in super creepy headlights. When he leaves the room to “check on the jacuzzi jets in the tub,” Ruth silently bolts.

Even more upsetting than the scene itself is one that follows, after Grant has punished Ruth by moving GLOW to a 2 a.m. time slot when she tells Debbie what happened in that hotel room. Rather than lock arms in feminist support, Debbie berates her. This is the game you have to play to be an actress, she says, and Ruth is naive to be so shocked by it. On top of all of that, by refusing to do what was expected of her, she took the entire cast and crew down with her. After Ruth slept with her husband, Debbie finds her refusal to use sex to her advantage exceptionally hypocritical. “Congratulations, Gloria Steinem,” she snaps. “The one time you keep your legs shut, we all get fucked.”

That may seem like a destructively black-and-white view of sexuality, and it is. But it’s not hard to empathize with Debbie. GLOW’s co-creator Carly Mensch recently explained the rationale behind Debbie’s reaction in an interview with Refinery29.

“Debbie’s reaction is grounded in a very different experience than what Ruth would have,” she said. “This is probably the first time Ruth has ever been invited in the room. Debbie has been in the industry more, she’s had a bit more success. Debbie has experienced this a lot more than Ruth. She’s probably thought about it differently and maybe made certain decisions or sacrifices. Her answer is not so much a global prescription of how women should behave, so much as a defense of how she behaved or how she expects Ruth to.”

It’s a completely callous reaction, but it’s also based in the truth of every woman that character represents. Debbie knows that no, this should not be how the world works, but it is. In her world, as she tells Ruth, “feminism has principles, life has compromises.” She may not like it, but Debbie has accepted those compromises.

In that same interview, Mensch and her co-creator Liz Flahive reveal that they had the idea for this storyline before Harvey Weinstein was outed and the current #MeToo movement sparked women to share their stories. But from the start, the point of the hotel scene wasn’t about the harassment and abuse of power, it was about the conversation that followed.

“Our agenda, in terms of the story, was always based on character,” Flahive says. “Our eye was on what was going to happen to Ruth and Debbie as a result of this. It wasn’t really the event in the hotel. It was the fallout afterward that we were interested in for our show.”

I can’t help but wonder how audiences would have received this storyline without the context of #MeToo. We all know now (if we didn’t before) that Debbie isn’t exaggerating in viewing Ruth’s experience as commonplace. That’s not saying she’s right to lack empathy, but that kind of workplace abuse was, for so long, viewed as a series of individual experiences instead of the systemic epidemic women have been forced to view as part of their job description.

When Ruth later tells Sam (Marc Maron) about the encounter, and why the network was punishing the show, she clearly expected him to react like Debbie did. That he didn’t, but instead responded with support of her and condemnation of Grant, was both totally heartening and also really depressing. Because Sam has the luxury of saying “fuck that guy,” when the rest of us–everyone who has seen the world from Debbie’s point of view–have to say “fuck all men,” as we’re forced to play their game.

If only Tom Grant were an outlier in his or any industry or a truly fictional creation based on nothing but an idea. But he’s not and we all know it. We talk a lot about the destructive role of complicity in our culture of sexual harassment and abuse. Often this is in referencing the high-level agents or managers or those positioned to profit most off of maintaining the abusive status quo. But for every Tom Grant or Harvey Weinstein, there are countless more who are forced into their own form of complicity–the desire not to maintain their position, but to gain their first footing.

Can we blame Debbie for being angry with Ruth? We can judge her, sure, but from quite a distance. As Flahive says, Debbie’s position at the time, “number 12 on the call sheet for a soap in ‘85 is not a place where she was asking a bunch of questions and calling a bunch of shots.” She’s just trying to survive, and having finally been in a position to demand a tiny bit of power, she’s not willing to give that up. She doesn’t see herself as being in a position to challenge any of the existing power structures.

Season two of GLOW might not have the same driving energy of the first season. It might not ever amount to more than the sum of its many subplot parts. But these are the issues it dives into head first. Rather than go far, it chooses to go deep, and it does it well.