How Netflix’s GLOW Takes a Straightforward Approach to Abortion 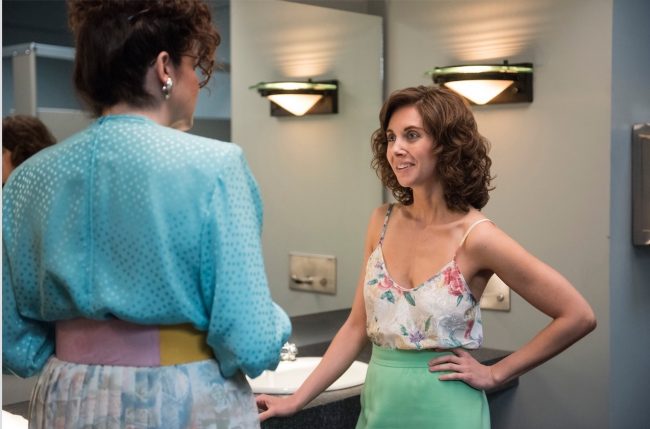 Warning: Spoilers for the first season of Netflix’s GLOW

GLOW is a show that doesn’t shy away from the flaws and mistakes of its female characters, but never demonizes them for it. This is evident most in Alison Brie’s Ruth, the lead who we first meet down in the dumps and sleeping with her best friend’s husband.

In one sense, she’s the homewrecking villain who doesn’t care about her friend Debbie (Betty Gilpin). In GLOW, she’s a girl who makes devastatingly bad decisions based on her unhappiness who’s still capable of kindness and deserving of happiness even though the consequences are never fully lifted. That affair, we discover, leads to a pregnancy in the eighth episode, as the team of wrestlers is talking about periods, and Ruth’s is late. As many women do in these situations, Ruth decides to get an abortion, and GLOW’s portrayal of this event as something normal and matter-of-fact, rather than evil, is extremely important.

The stigma that accompanies abortion means few people who have undergone abortion ever talk about it, despite the fact that 3 in 10 women will make that decision by the time they’re 45. It means that it’s a procedure that’s shrouded in shame and silence. Media, in particular, often goes the route of making it a dramatic and terrifying event or rarely offering it as an option at all. While shows like Scandal, Crazy Ex-Girlfriend, and others have been portraying this decision with sensitivity and honesty, it’s still something that’s incredibly important. This rings especially true when misinformation about Planned Parenthood and dangerous legislation around reproductive health keeps spreading.

Marc Maron, who The Hollywood Reporter says “still gets choked up over the moment,” spoke about how his character Sam Sylvia accompanies Ruth to the clinic. If somewhat clumsy with his efforts in pretending to be her husband, Sylvia is supportive and not judgmental, asking her only if she’s positive about the decision. Ruth assures him she is, “It’s not the right time. Not the right baby.” She gives the same affirmation to the doctor lying on the table.

“That episode is emotionally heavy, but it’s played very straightforward,” he says, “That is when the connection and relationship between the two of them changes. We could both feel the weight of it, just from my character showing up for her like that. That definitely sealed the deal.” The abortion itself isn’t necessarily something that we see leaving a huge impact Ruth, but the support of someone close to her definitely does. While, true to life, Ruth doesn’t share this information with her teammates, it’s significant to see a character not degrade her for that decision but instead offer a hand.

Co-creator Carly Mensch calls the plot “organic,” explaining, “If we were telling honest stories about things that women go through, whether it be in the ‘80s or now, a bunch of us felt that was a very relatable and normal story for certain types of women and that we shouldn’t shy away from showing that if it’s an actual, real experience.” Mensch touches on the commonality of this experience, and that if you have 14 women together it’s realistic that at least one, of not more, have gotten an abortion.

Brie echoes this sentiment, saying “It made so much sense to me when I read the script … I responded to it immediately. That’s how I would react if I were Ruth, and I didn’t question it at all.” She also adds that the creators Mensch and Liz Flahvie “wanted to treat the pregnancy and abortion with a lighter touch. There wasn’t dramatic, crazy, sobbing scene. It is one of the many, many things that women deal with in the privacy of their own homes that we have to stop pretending doesn’t happen every single day.”

There are those who react to their abortion with sobbing and pain, but there are also plenty of women like Ruth. There are an endless amount of stories surrounding abortion because each woman is an individual, and it’s important that media highlights that there is no singular experience surrounding abortion.

The current resonance isn’t lost on Brie either, who says:

“It’s really important, especially right now, to highlight that women should be able to make that choice and that it doesn’t have to be the end of the world…What I especially love about that episode is that it’s a very easy choice for Ruth to make, whether or not the emotional repercussions will continue throughout her life. They might or they might not. This is a show about women’s bodies and about them taking control of their own bodies, and that’s highlighted beautifully in that episode.”

You can read the full interview on The Hollywood Reporter.