Google announced that it won't be accepting apps for Glass that recognize faces -- at least not yet. 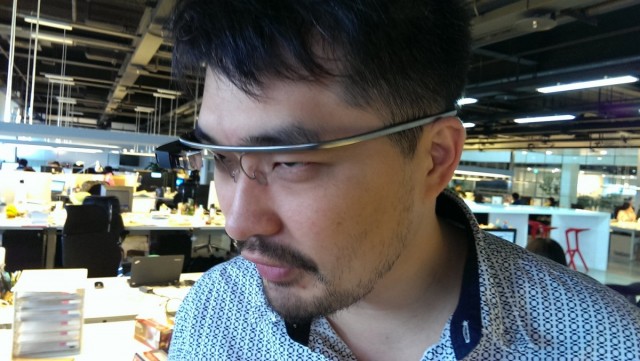 If you’re creeped-out by the idea of someone wearing Google Glass being able to instantly pull up information about you just from your face, then you might be glad to hear that isn’t happening. At least not yet. Google announced Friday that it would not be accepting apps that make use of facial recognition as a way of addressing privacy concerns. So that’s it then, right? Are everyone’s concerns settled? It’s not that simple, Google.

In the announcement on the Project Glass G+ page Google said:

Glass has raised a number of privacy concerns from consumers, and facial recognition is only one of them. The simple fact that someone is wearing a camera in public is enough to give some people pause. Considering how prevalent surveillance cameras are now, and the fact that almost everyone has a smartphone with a camera on them at all times, I always thought the concern about Glass-as-camera was a little paranoid, but facial recognition seems to be a more valid issue.

It’s unclear exactly what “strong privacy protections” Google plans on putting into place before allowing facial recognition, but it could something as simple as checking a face against a Glass user’s contacts list.

I’m not great at remembering people’s names. So a Glass app that pulled up the name of someone in my contacts that I’m looking at would be helpful, but like a lot of people, I don’t necessarily want any jerk with Glass being able to pull up my name just by looking at me.

Facial recognition has its uses, and could be a great technology as long as it doesn’t overstep its bounds. The issue right now is that no one can really agree where those bounds are. If you’re concerned about Glass recognizing faces, what would it take to alleviate those concerns?