Google Glass Gets Jailbroken, Google Replies By Saying They Totally Wanted It To Get Jailbroken 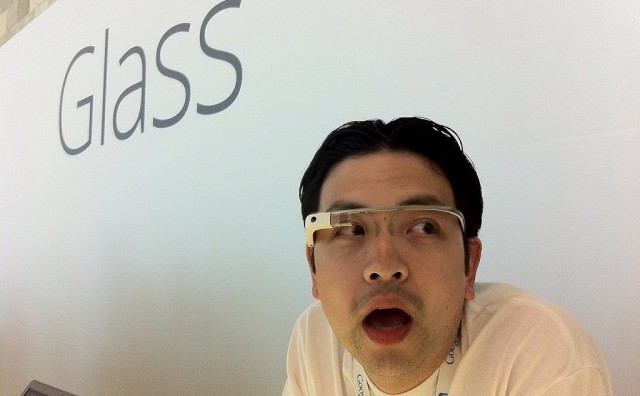 Remember in elementary school when someone did something you didn’t like, but you couldn’t really stop them so you just pretended like it’s what you really wanted them to do all along? That’s pretty much how Google responded to the news that hackers are already rooting Google Glass. Google’s Dan Morrill fired off a post on Google+ saying that rooting was the plan all along.

The argument Morrill makes in his post basically says that what Jay Freeman, also known as Saurik, did doesn’t really count as rooting because Google totally intended for everyone to root Glass anyway. In response to the 9to5Google story about Saurik’s rooting, Morrill wrote:

This is not rooting. Nothing is rooted. There is no root here! This is ‘fastboot oem unlock’. It’s not rooting if they let you do it on purpose!

“Rooting” means the act of obtaining control of a process running with privileges of the root user. You root a device when you use a security exploit to take control of it; one of the things you can do with a rooted device is (in some cases) bootstrap to a different system image. So it’s only rooting if you do it in spite of them.

He got support from fellow Googler Stephen Lau who shared Morrill’s post and added some comments of his own:

Not to bring anybody down… but seriously… we intentionally left the device unlocked so you guys could hack it and do crazy fun shit with it.  I mean, FFS, you paid $1500 for it… go to town on it.  Show me something cool.

It is Google’s intention to have developers, well… develop Google Glass. It’s part of the reason Eric Schmidt said it won’t be released to the public until some time next year. They want to see what people come up with, but they haven’t exactly been open with those developers about some of the finer workings of the device. That’s what Saurik himself jumped into the comments section of the post to defend himself and his rooting:

OK, then how about you show me where I can find the Glass kernel code (complete with the config file, as required under GPL)? The ability to unlock the bootloader is cute and all, but it is kind of pointless if I don’t have anything I can flash. Even more to the point (if you really want me to believe you when you say you wanted people to play with the thing) some stock images?

The lack of anything to make bootloader access useful is why, despite Dan’s fundamental misunderstanding of the situation (and his amazingly condescending post), I felt forced to use an exploit (an old/well-known one, not one I came up with myself) to get root access on this device of yours. (Which yes, means even under these stricter definitions, I “rooted” the device: I still have a locked bootloader.)

He goes on from there with an edit to defend this response from other commenters, but it seems like the heart of the argument is that Google doesn’t want to admit their device was rooted, and Saurik really wants to acknowledged for rooting it. As an objective observer in all of this, I think we should focus on Lau’s point. The real goal with this developer preview is to focus on “crazy fun shit.” Does it really matter if what Saurik did counts as rooting or not?