Too Few Shows Doing Too Much Work 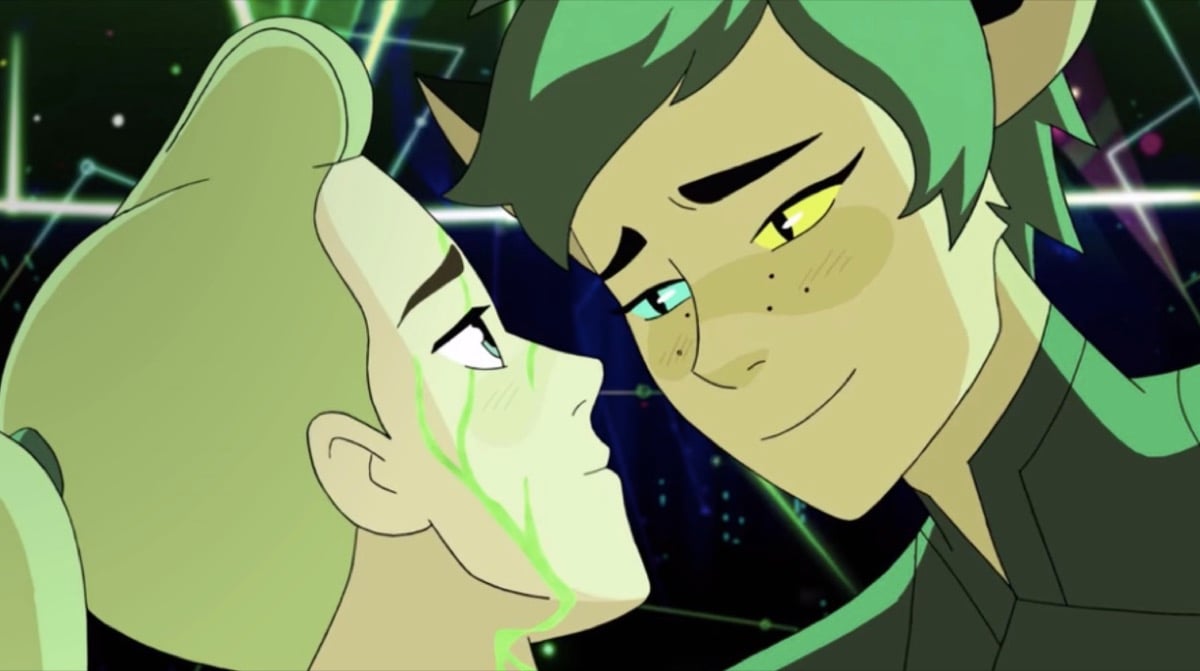 GLAAD’s annual “Where We Are In TV” report is usually cause for celebration and evaluation of television trends, as it generally shows gains in LGBTQ representation on television. But in the midst of a global pandemic that’s massively slowed down television production, this year’s report is more bad news than good.

For the first year since 2014, the report showed a decrease in the percentage of LGBTQ+ characters on television, but that comes with the asterisk that many of the shows with the most queer characters were canceled or delayed due to the pandemic. This year’s report lacked the boost that comes from The L Word: Generation Q, which was delayed, as well as Glow, How to Get Away With Murder, and Stumptown. Which have all ended. This made the biggest impact on cable, where the number of queer characters plummeted from 215 to 118. GLAAD notes this as “further proof of a point that a handful of series, while outstanding, have an outsized impact.”

The statistical representation of LGBTQ+ characters is thus disproportionately tied to a few shows that do very well, and when even a few are missing, the queer share of space on TV goes down. Also noted in the report was the fact that 17% percent of queer characters came from the creative oversight of four producers: Shonda Rhimes, Greg Berlanti, Lena Waithe, and Ryan Murphy. “That means nearly one in every five LGBTQ+ characters appears on a series that is tied to one of just four creatives.”

As with previous years, the majority of queer characters on broadcast, cable, and streaming were gay men, though in some cases that’s slightly decreased. Across broadcast television, there was a decrease in BIPOC characters but there was an overal increase in PIPOC characters across all platforms. Overall the representation of women and BIPOC could be much better. The percentage of trans characters remained the same but the overall number dereased from 38 to 29.

In terms of who’s doing best in terms of representation, there is some good news. For the fourth year in a row, The CW has the highest percentage of LGBTQ+ characters of any broadcast network. (No credit for Destiel saving democracy though, sadly). The CW is the only network with an LGBTQ+ lead character as well, with Batwoman. The CW won with 14.2% LGBTQ+ characters, miles ahead of the second-place finisher ABC, which had 9.9%. Fox had 8.5%, NBC was at 8.3%. And once again, CBS was the worst and even worse than last year, dropping from 5.5% to just 2.9%. Yikes.

On Cable FX again won with the most LGBTQ+ characters, right ahead of Showtime and Freeform, but a full half of FX’s characters come from Pose, again highlighting how single shows can skew the numbers. The stream analysis was a bit of a mess, given that the report only looked at Amazon, Hulu, and Netflix (which held steady generally) and did not count shows from other streamers for their numbers in that section, so shows like Doom Patrol or Star Trek Discovery weren’t counted here, which is a bummer. “Alternative SVOD” was another category.

The best news comes from the big increase in representation in programming for kids. GLAAD writes: Recent years have seen a significant growth in LGBTQ+ stories in Kids and Family Programming, and the space continues to grow rapidly with new LGBTQ+ stories premiering on all platforms.” This is great and the shows noted made big strides for representation but again, many of them like Duck Tales, She-Ra, and Steven Universe, are either over or ending soon.

Hopefully, this report is a signal that series need to step up and fill the voids in representation that can occur when just one show with a significant cast of queer characters leaves the air. We need shows that tell fully queer stories with a spectrum of queer characters, but we also need to be represented in all sorts of shows and platforms, in ways that are intersectional and inclusive of all the different kinds of queer identity. Hopefully, the decreases and stumbles in this report are isolated to the hell of 2020 and we go back to more positive trends next year.