My Favorite Reaction to Someone Returning Your Feelings

My Absolute Favorite Reaction to Someone Returning Your Feelings: Ritsuka.exe Malfunctions in Given 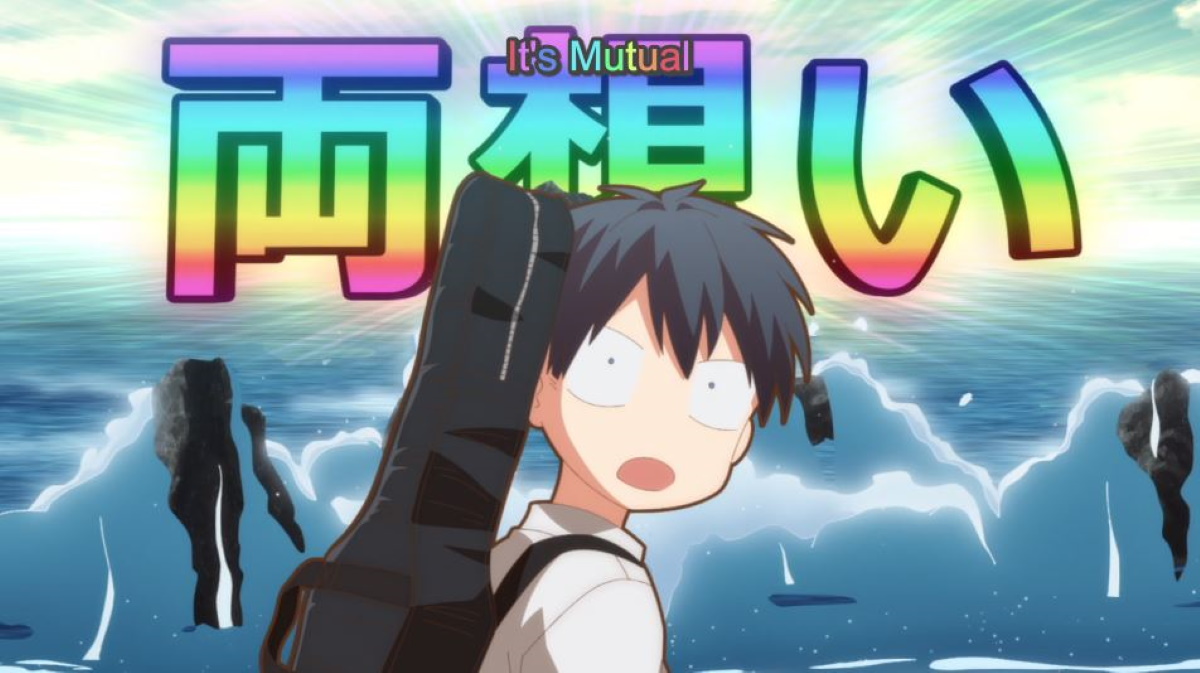 There they are. Your crush. Standing there looking all crush-like. The location is perfect. The mood is right. There’s no better time for a love confession than right now.

This kiss happened after you and your crush performed an absolute bop of a song that was very much about your crush’s first love, who they tragically lost due to suicide:

Also, your crush? Is the same gender as you, prompting you to spiral into a gay panic until your feelings are validated by the drummer in your band who, surprise, is also queer:

Honestly, there is a lot I can talk about with Given, a series that ended up offering me a lot more than I expected. I didn’t expect such honest validation from Akihiko in regards to Ritsuka’s sudden revelation about his sexuality, and I certainly didn’t expect the way the series uses music to work through grief. We find out that Mafuyu’s old boyfriend, Yuki, committed suicide after the two had an argument. Yuki was a significant part of Mafuyu’s life, having been friends with him since childhood, and Yuki helping Mafuyu deal with his abusive father. Mafuyu’s been feeling both grief and guilt about Yuki’s death since, during their argument, Mafuyu asked if Yuki would die for him.

Mafuyu’s the one who finds Yuki’s dead body and we find out that the entire reason why Mafuyu even has that guitar he carries around is because of Yuki. Yuki’s the whole reason he’s into music at all.

But then Ritsuka fixes the strings to Mafuyu’s guitar, jams out with Mafuyu on stage, kisses him, and tells him he did a good job.

There’s a lot more to it than that (the kiss is the 9th episode of an 11 episode series), but it all leads to a satisfying love confession in episode 10, complete with a romantic backdrop and Hallmark-worthy weather. There, after pointing out how they’re at a perfect date spot, Mafuyu reveals that he has feelings for Ritsuka, too.

Ritsuka’s reaction is, by far, my favorite reaction to a love confession. Because it doesn’t just stop at his blank stare into the endless void of OMFG NO WAY, it’s a declaration that moves heaven and earth, one that goes back to the prehistoric age to bother the dinosaurs, waves crashing all around because RAINBOW COLORED IT’S MUTUAL!!!

The meeting of the various shades of Ritsuka takes me out every time.

Everyone’s throwing a farewell party for Virgin Ritsuka, talking over each other to make sense of the situation. Some don’t want to rush things (that’s Careful Ritsuka) while others are in the background demanding that they let the virgin have his moment. Eventually, Calm Ritsuka manages to get everyone’s attention, showing receipts that I’m sure they all wish he hadn’t kept. It turns out, six months ago, Ritsuka made a rather bold statement: he’s completely against bandmates dating because of the drama it would cause for the group.

Draft up a notepad apology?

What I adore about Ritsuka’s reaction is, for one, it’s hilarious, but I mainly love it because it’s so high school teenager. It’s delightfully overdramatic and, honestly, a great visual of what it feels like when someone you’re into returns your feelings – especially if it’s your first crush, and especially if it’s your first gay crush, a crush that you panicked about having in the first place.

Not to mention the fact that Ritsuka’s first gay crush had such a tragic backstory, one that Ritsuka, unfortunately, heard about via school rumors before even getting the chance to entertain the thought of talking to Mafuyu. Before Ritsuka even pieced together that he liked Mafuyu he was hearing about his past relationship and how his partner died.

After everything Ritsuka and Mafuyu have gone through to get to this point, this love confession reaction is a cute visual gag that reminds us that these two are lovestruck children. Even with all the seriousness that’s gone on throughout the series, Ritsuka’s still a high school boy who, within the walls of his mind palace, has made a celebration cake for his virgin self.

How THAT is what’s wearing the party hat is so “adolescent milestone we see in every high school movie” to me. Ritsuka’s feelings are returned and he’s left in stunned silence because this part of him can finally graduate. It’s so… normal, and normal is so wholesome in queer stories.

Of course, now Ritsuka has to worry about what the rest of the band will say since he’s the one who said that there should be no dating within the band.

Spoiler: it goes better than he could’ve hoped. Again, I love that the issue isn’t the fact that it’s two boys, but it’s the potential mess that comes with people dating within the group.

(And yes, if you’ve seen the Given movie, you know this clip is extremely ironic.)

Ritsuka. You probably don’t realize it because you’re too busy standing there with your jaw dropped down to the floor, but you very much represent how a lot of baby gays react when they realize their feelings are mutual. Hell, I’d argue that gays who are older than you felt the waves crashing when they got a quiet yes from the person they love. It’s feelings of shock, but overall, it’s feelings of joy, where our emotions come together to celebrate our love being returned.

Don’t forget to respond to the crush who’s waiting on your reply about the feelings being mutual.

You can watch Given over at Crunchyroll.