Giveaway: Stan Lee’s A Trick of Light, “One of the Last Creative Acts of a Master Storyteller” 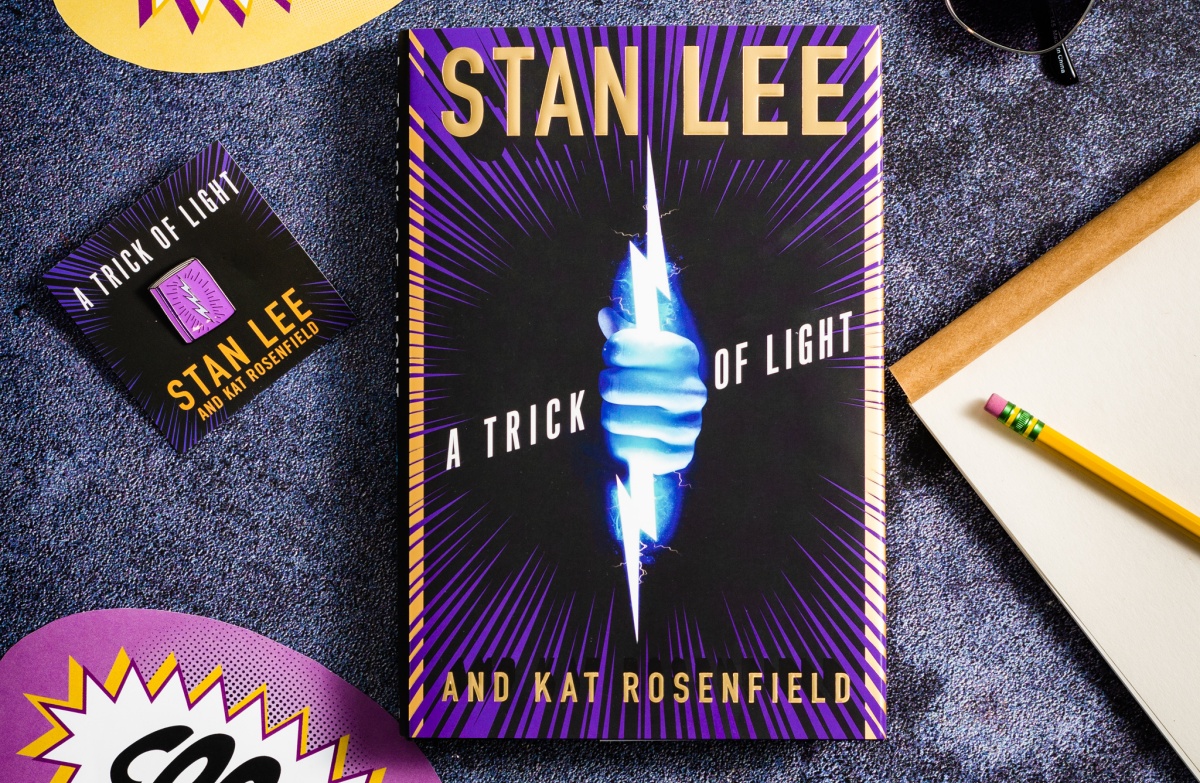 Despite being gone, the legacy of Stan Lee as the big brain behind Marvel remains, and with that has come A Trick of Light, a novel inspired by his ideas that, co-written with Kat Rosenfield, brings to life a story that has people we trust in Geekdom very excited.

Nia, a gifted but desperately lonely hacker, is living in isolation with her strict single dad. As a social-media maven, she is wildly popular and has more than a million friends. But they are all strangers who love her posts but know nothing about her that is real.

Cameron is on a quest for YouTube fame as a vlogger focusing on exploring the mysteries of Lake Erie. While recording his latest video, he is knocked out by lightning in a freak storm that appears to defy the laws of physics. When Cameron awakens, he discovers an astonishing cyberkinetic talent: the ability to manipulate computers and electronics with his mind.

After a chance meeting online, the two teenagers—one born with extraordinary gifts, one unwillingly transformed—join together to right wrongs in the world. As Nia and Cameron develop their powers and deal out reckonings, they draw the attention of dangerous forces, putting the future of the planet at risk.

Set in Stan Lee’s Alliances Universe, co-created by Lee, Luke Lieberman, and Ryan Silbert, and written with Edgar Award–nominated author Kat Rosenfield, Stan Lee delivers a novel packed with the pulse-pounding, breakneck adventure and the sheer exuberant invention that have defined his career as the creative mastermind behind the spectacular Marvel universe.

Now our Mary Sue readers have an opportunity to get their own copy! Starting  today until 10/15, 5 lucky winners will have the chance to receive a copy of A Trick of Light and an enamel pin inspired by the book.

Readers can enter by signing up to our newsletter, OR if already a recipient, they can email us at [email protected] with the subject line “Sweepstakes – A Trick of Light.”

PLEASE NOTE that by entering this giveaway, the entrants will be automatically opted into our email list. This giveaway is limited to U.S. addresses only (but if U.S. residents want to help out Canadian or overseas friends by entering for them or taking on the shipping, we won’t judge).