Giveaway: Share LEGO Batman With a Child You Love By Entering to Win This Awesome Prize Pack 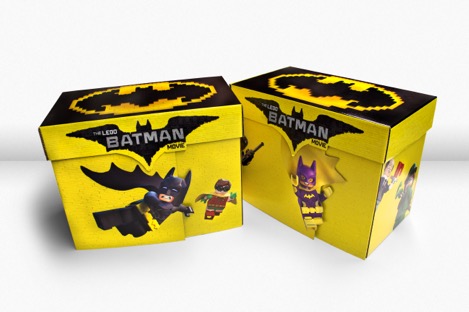 People have been loving The LEGO Batman Movie! What better way to spread the love than with actual LEGO Batman toys and other awesome goodies? This week, you have a chance to win a LEGO Batman Movie prize pack to share with a child in your life!

Warner Bros. Consumer Products has provided us with an amazing box featuring LEGO toys and other merch celebrating our favorite version of the Dark Knight (don’t lie. He’s your favorite, isn’t he?). The photo above shows what the box will look like when it arrives. Check out what you’ll get inside! 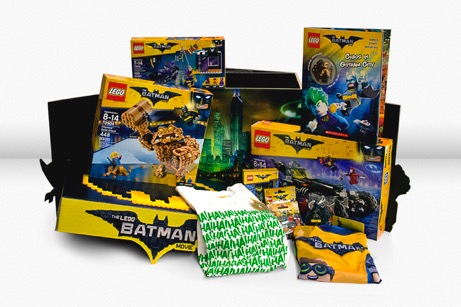 The LEGO Batman Movie prize pack, which is an over $300 value, contains:

Holy Awesome Merchandise, Batman! That’s a lot of toys! Now, lots of this stuff, like the sleepwear and the watch, are kid-sized, but we totally won’t judge if you keep some of the toys for yourself! So how can you win this box that’s been filled to the brim with amazingness?

All you have to do to enter to win the box is be sure you’re following us on Twitter (so we can DM you if you win!) and tweet the following in its entirety with no alterations:

This giveaway is limited to people in the US only (but if US residents want to help out overseas friends by entering for them and taking on the shipping, we won’t judge). You have until this Friday, March 3rd at NOON EST to enter, and we will alert our winner after that. Good luck!