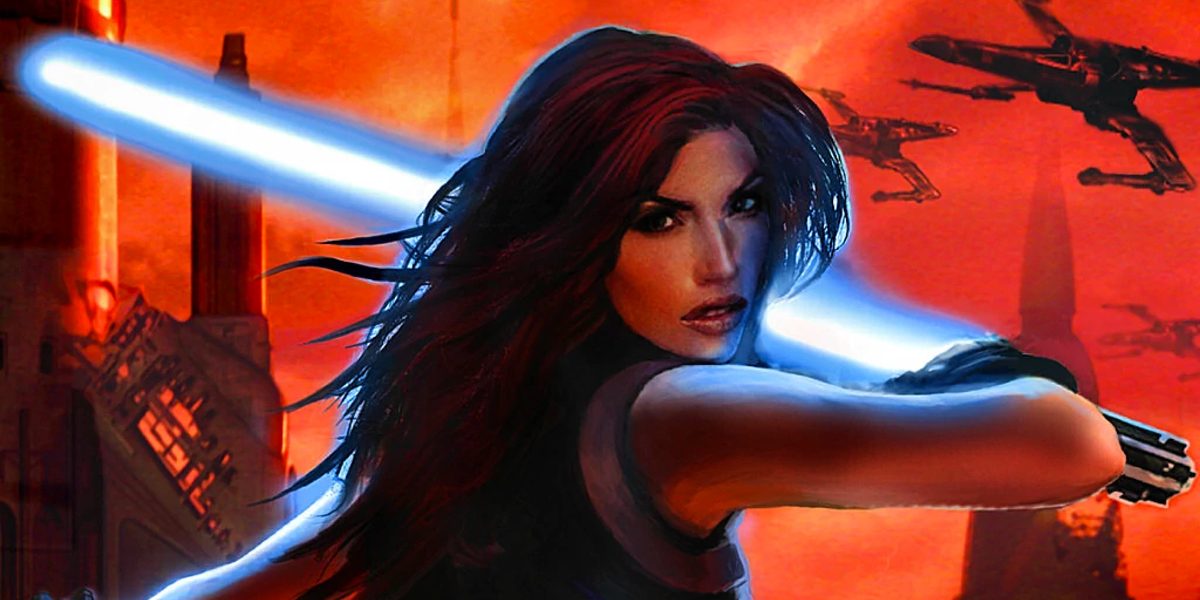 You’d think I’d fall in love with any of the brunette women of the Star Wars franchise first, but alas, I am but a lowly Mara Jade stan. (She’s a redhead.) The strong Jedi that fell in love with Luke Skywalker in the original Extended Universe, Mara Jade has been one of those characters that many (i.e. me) have been waiting for in Disney’s new Star Wars canon.

So, with shows like The Mandalorian coming to Disney+ and showing us a world before the new trilogy (the show is set five years after Return of the Jedi), why not have characters that we love from the EU come into play? Especially a character as strong as Mara Jade?

Talking with Entertainment Weekly at Disney’s recent D23 expo, it seems as if Mandalorian showrunner Jon Favreau isn’t opposed to bringing EU characters into the show. The director of Iron Man, and Happy Hogan himself, has been very open about his work on The Mandalorian and his involvement with the Star Wars franchise. I trust him and his knowledge of all things nerdy, because up to this point, Favreau has never done me wrong.

And, well, he isn’t not saying it’s possible. When EW asked him if Mara Jade or Grand Admiral Thrawn (who’s already appeared in Disney’s Star Wars Rebels animated TV show) could show up in The Mandalorian, he replied,

I don’t want to talk about anything that might be fun for people to discover. We do have conversations. Part of what’s fun to see if we could merge the worlds of the original trilogy, the prequels, the sequels, The Clones Wars, and what’s been considered canon up to this point and what’s been considered part of Legends. I think this show offers an opportunity to bring in all those elements, so no matter what your flavor of Star Wars ice cream you like, there will be something to enjoy. But you’re asking the right questions.

So, while they are asking the right questions, I have question of my own: Does this mean that we will, someday, get another young Luke Skywalker story and get to see Luke and Mara Jade together? To be quite honest, Thrawn is fine—happy for Thrawn, hope he thrives—but I don’t really care about him. I care about Mara Jade.

Star Wars has a wide catalog of characters to choose from that gives them an advantage over other franchises. Much like the Marvel Cinematic Universe, simply saying that you’re setting a show around a character from the EU has fans screaming, mainly because we’re willing to take in any and all content about this galaxy far far away.

That being said, I’d rather have Mara Jade introduced in her own series first, rather than being a shock-value character in The Mandalorian. And maybe that’s just because I’ve loved her for years and others might not care about her, but she’s one of the few female characters in Star Wars that starts as a Jedi and is instantly a badass outside of the typical one woman in the trio (every time someone says that Star Wars is getting too overly feminist, I like to point out that it’s still two men to everyone one woman in the trios).

Whatever ends up happening, I’m glad that there’s talk of Mara Jade, because for some time, I felt like I was yelling into the void about her, and I’d love to see what a live-action Mara Jade can be. I’m also available to play her, Disney.