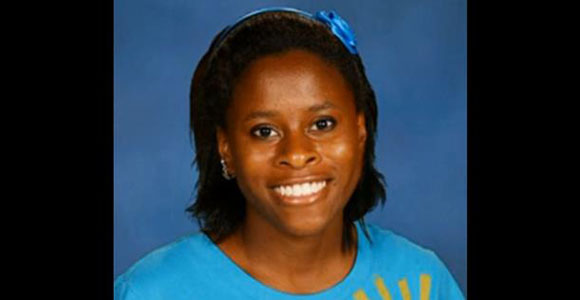 That turned out unexpectedly well.

We previously reported on the story of Florida high school student Kiera Wilmot. She was expelled from school and was meant to be brought up on criminal charges after producing a chemical reaction on school property. Wilmot was an exemplary student with no behavioral issues, and although no one was injured in the experiment, under the school’s code of conduct she was expelled and set to be charged with possession and discharge of a weapon and discharging a destructive device, a felony.

The event brought up serious issues of race as they pertain to the district and its police department and spurred a flurry of defense for 16-year-old Wilmot online, which included a petition to get the serious charges against her dropped. And we can now report they have been.

Based upon the facts and circumstances of the case, the lack of criminal history of the child involved, and the action taken by the Polk County School Board, the State Attorney’s Office extended an offer of diversion of prosecution to the child. The child and her guardian signed the agreement to successfully complete the Department of Juvenile Justice Diversion Program.

The pending case has been dismissed. No formal charges will be filed.

That means she might have to do some community service. While Wilmot’s fate at her school is still up in the air (she’s been attending an alternate one, separate from her twin sister Kayla), some more good news was to be had. According to BoingBoing:

Homer Hickam — the writer and former NASA engineer whose memoir is the basis of the movie October Sky — started a Crowdtilt campaign to send Wilmot and her twin sister Kayla to the Advanced Space Academy program at the U.S. Space Camp in Huntsville, Ala.. The cost of space camp can run upwards of $1200. Hickam paid for Kiera Wilmot to go and the Crowdtilt campaign raised the other $1200 for her sister, plus extra money for their travel expenses. The campaign hit its $2500 goal in just two days and is now up to $2920. Hickam says the extra money is going to the girls’ mother.

A second Crowdtilt campaign raised more than $8000 for a Kiera Wilmot Defense Fund. Now that the charges have been dropped, that money will go into a trust, to pay the few legal expenses the family does have and to cover costs associated with Wilmot’s education.

Go forth, and do good science, ladies.