This Gingerbread House is a Robot in Disguise 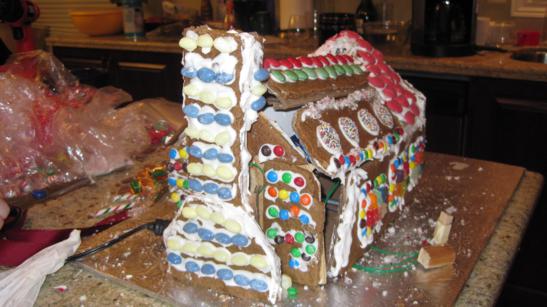 This gingerbread house is more than your eyes might initially perceive. With a few whirrs and clicks, the tasty shack becomes a battle-ready robot — just like some kind of transformation-capable robots! The project is the brain-child of Brian Hall, who clearly had a lot of time on his hands this past holiday season. Clearly, Hall is a fan of the Incredible Change-Bots, because where else would he have gotten the idea?