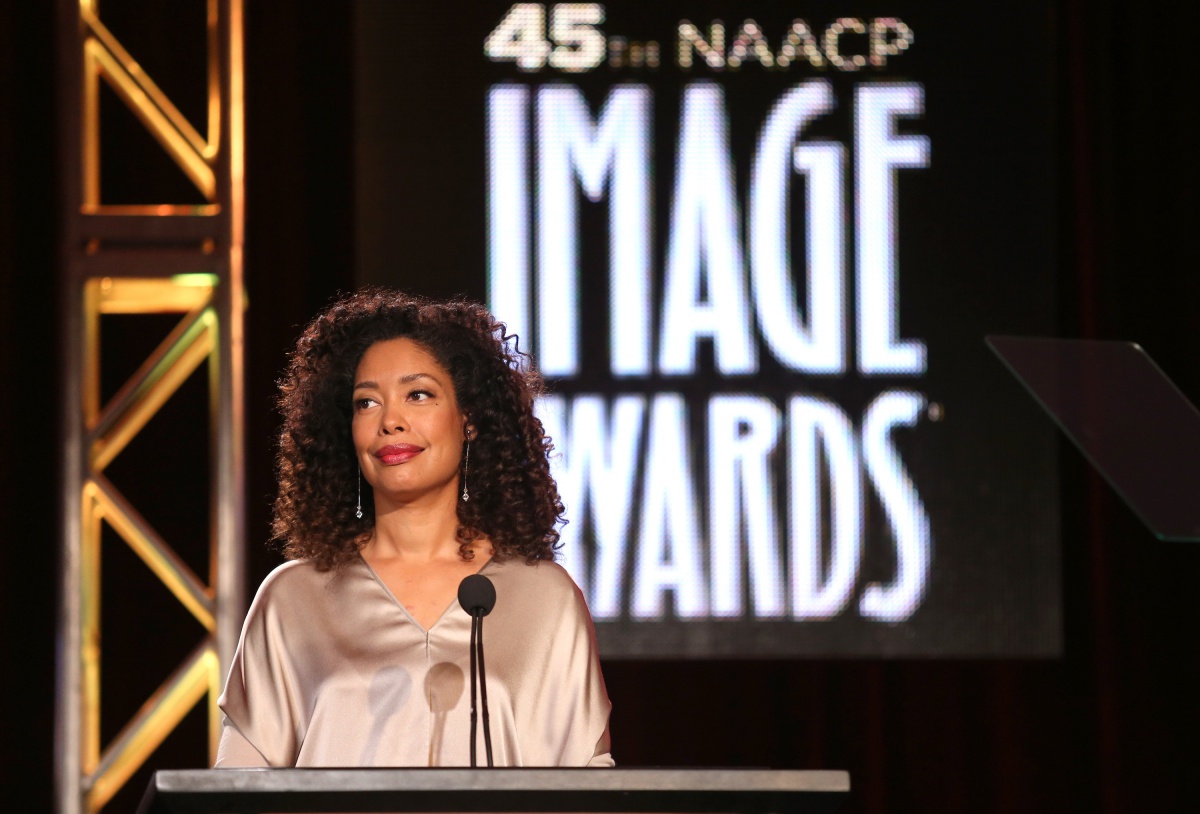 PASADENA, CA – JANUARY 09: Actress Gina Torres speaks onstage during the ‘The 45th Annual NAACP Image Awards’ nominations announcement at the TV One portion of the 2014 Winter Television Critics Association tour at the Langham Hotel on January 9, 2014 in Pasadena, California.

For many young black women growing up in the ’60s, Nichelle Nichols was their representation of the diverse roles black women could play. Lieutenant Nyota Uhura was, as Drunk History put it, “the first African-American woman in space for fake.” For me, my black woman in space “for fake” was Zoe Washburne, Firefly‘s corporal-turned-outlaw played by Afro-Latina actress Gina Torres.

I learned a black woman could be in fantasy through watching Gina Torres in shows like Xena, Hercules, Cleopatra 2525, and of course, Firefly. From the first time I saw her in Hercules as the character Nebula, I was in awe of her. Her tall stature, her beautiful brown skin—and of course, that hair. I’d always been in awe of Lucy Lawless on Xena (how could you not), but in Nebula, I saw a woman who looked like me being powerful and beautiful and badass. It was a revelation. Both Hercules and Xena did a pretty good job at trying to integrate diversity into their shows, and Nebula was one of my favorite reoccurring characters. (Torres would go on to play Cleopatra in one episode of Xena.)

Gina Torres’ career in both television and movies has spanned literally my lifetime, and I am always excited to see her pop up on a show. I remember when she played Vanessa’s mom on Gossip Girl and I was (1) shook that she was on Gossip Girl and (2) shocked that they were actually gonna make Vanessa mixed-race, even though she passed for white. Good for you, Gossip Girl.  She’s been in science-fiction classics like the Matrix series and Firefly, thrillers like Hannibal, and even dipped her toe into the vampire trend via The Vampire Diaries.

Throughout it all, Gina Torres has remained one of the most recognizable black faces in television today. Her elegance, grace, and Amazon presence made her one of the most iconic parts of my childhood, to the point that when I met her for the first time I burst into tears.

I feel like there will be some backlash to choosing Gina Torres for a post like this, but in my mind, celebrating black entertainers isn’t just about celebrating the first; it’s about celebrating all those who thrive now. Unlike those who watched Nichelle Nichols on Star Trek, I didn’t grow up in a world where black women only played maids. But I did grow up as an awkward black girl who loved science fiction and fantasy, but didn’t always get to see black women in powerful roles where they could be leaders and lovers. In Zoe Washburne, I got something important for me, and I know I’m not alone in that.

The reason why so many black geeks rally around characters like Abbie Mills, Martha Jones, Gwen from Merlin, and Iris West on The Flash, is because we love fantasy and we want to be there—not just as the meal of the day for a monster, not just in alien suits as a metaphor for another race, but as warriors.

Watching Gina Torres gave me representation, gave me joy, and most of all, gave me serenity.