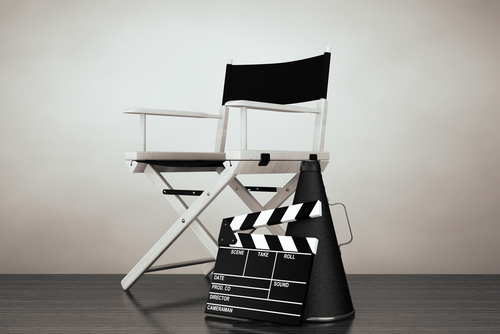 Gina Prince-Bythewood, who previously directed and wrote films like Love & Basketball, The Secret Life of Bees, and Beyond the Lights, is set to direct Sony’s Spider-Man spin-off, Silver & Black. The movie will center on Silver Sable and Black Cat (Felicia Hardy), two dangerous women from the Spidey corner of the Marvel Universe. By Essence‘s tally, this will make Prince-Bythewood the first black woman to helm a big-budget superhero flick!

Kinda super excited. Shout out to all the women who have long been banging the drum for opportunities like this. It matters. https://t.co/eOlKHFgRtI

According to Deadline, Prince-Bythewood will also do a rewrite of the script, which was originally penned by Thor: The Dark World screenwriter Christopher Yost. I’m glad she’ll have a hand in creating these characters, since her career as a screenwriter is filled with strong and complicated women. Plus, she’s handled romance, drama, social issues, and even superhero fare – she already directed the pilot for Marvel’s Cloak & Dagger series – so she’ll be able to tackle any angle on these characters with aplomb.

Silver Sable and Black Cat serve as both adversaries and allies to Spider-Man at various points in comics continuity, and Black Cat and Spider-Man even date for a while. However, it’s unclear how much the webslinger himself will be involved in the film, given that these movies are meant to expand upon the Spider-Man corner of the film universe. (Honestly, I’d prefer less of him myself.)

Silver & Black will actually be the second Spidey spin-off from Sony. It’ll be released after 2018’s Venom, which will star Tom Hardy and be directed by Ruben Fleischer (Zombieland).

I’m really excited to see Sony hand this directing job to a black woman, especially one with Prince-Bythewood’s resume. But I also recognize that there are plenty of caveats here. Like many companies and their “glass cliff” CEOs, Sony was only willing to hand the reins to a woman once the men had already crashed and burned the franchise. Silver & Black is also a side-character movie, rather than a main event, and so while it’ll have a superhero-style budget, it isn’t a tentpole film. In a better world, we might see someone like Prince-Bythewood given a better shot earlier in the franchise – but I’m still really happy to see her helm this project.

Even more importantly, I’m still hopeful that her crucial role on Silver & Black will serve as one more step in covincing the studios to hire more black women for even bigger projects in the future.

What do you think? Does this make you more likely to see Silver & Black?

(Via Essence and Deadline; image via Shutterstock)