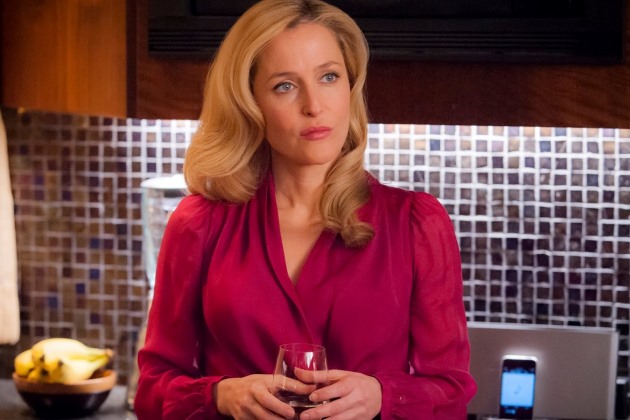 Great news, Hannibal Heads! (That’s a thing, right?) Our Lady Of Eternal Excellence And Poise Madame Gillian Anderson has been promoted to series regular for the show’s third season and will star in an arc that sounds particularly juicy. Slight spoilers below.

According to IGN, Season 3 will open with Anderson’s character Dr. Bedelia du Maurier hiding out in Europe with Hannibal. At Comic-Con this year, showrunner Bryan Fuller described the Season 3 premiere as “a pilot for a new series starring Mads Mikkelsen and Gillian Anderson,” so any viewers intrigued by Hannibal’s relationship with his once-therapist, now maybe-accomplice Bedelia should be pleased.

Fuller himself even admitted to IGN that Anderson will play an important role next season, saying, “There’s a whole Bedelia/Hannibal arc that I’m very excited about.” Fuller probably isn’t the only one excited to see how Anderson’s time on the show plays out—any of you have particular hopes and dreams for Bedelia?