This is an Analog Turntable For Watching Animated GIFs 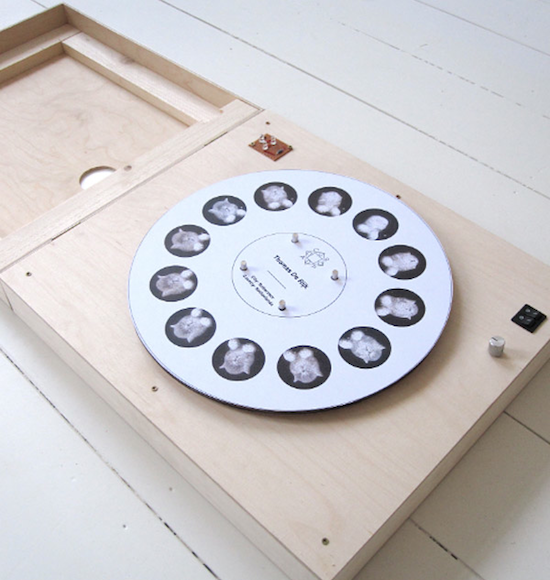 Artist Pieterjan Grandry has broken a major barrier between the unreality of the Internet and the rest of the real world. Grandry has successfully taken animated GIFs and made them analog. His device, based on a pre-film form of entertainment called a phenakistoscope, uses frames from a GIF printed onto transparent material as individual frames and placed on a wheel. Once spun and illuminated, the images form a single moving picture — in this case, a head bobbing cat. Now with a few million of these things, we could recreate the entirety of Tumblr, sans Internet.

This wedding invitation is both a record and a record player