Get Out: The Musical/Comedy? | The Mary Sue

Get Out Is Being Submitted to The Golden Globes As a Comedy? I Guess That’s a Choice. 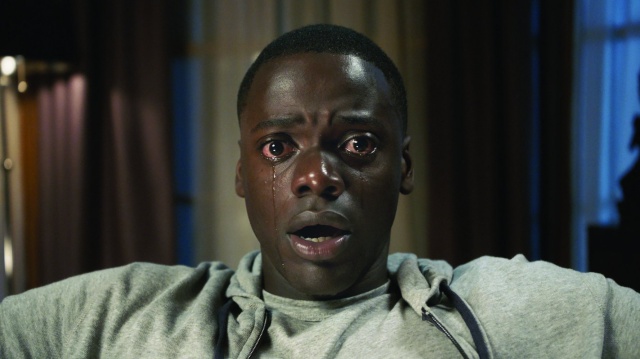 There is no denying that Get Out is one of the most critically and commercially acclaimed films of the year and is certainly deserving of all of the nominations/awards. Yet, according to Entertainment Weekly, the movie’s campaign will be submitting itself as a comedy for The Golden Globes. M’kay?

This reminded me of the 2015 Golden Globes, where The Martian was nominated in the Comedy Category to the shock and awe of everyone around, taking awards away from Spy, which should have won Best Comedy.

Awards have a hard time dealing with genre film and find ways to stuff them into categories that are deemed “lesser.” The fact that comedy and musicals are smushed together makes little sense and usually ends up pushing out actual comedies: last year La La Land took over that category—the only musical in a collection of comedies.

Get Out is a horror movie with comedic elements, but it is a psychological horror film none the less, extra for black people who have experienced the microaggression that Chris is subjected to. The terror that every black person felt when those police sirens played before the final reveal: that shit was real.

I was thinking about all the movies that came out this year, and with the exception of Wonder Woman, I can’t think of any that have had the same positive long lasting acclaim as Get Out. There is no reason it shouldn’t be up for Best Motion Picture-Drama.

The subject matter in Get Out has already been used in courses as a visual example of sociological issues of blackness. Author and professor Dr.Tananarive Due has a class called “African American Studies: Sunken Place: Racism, Survival, and Black Horror Aesthetic,” and Jordan Peele, the director and writer of Get Out, came to the class to talk about the subject matter:

One of my classmates asked a very poignant question “ How did it feel writing a film like get out during the Obama Era, and then releasing it in the Trump Era,” and Peele’s response was as elegant as ever, “ When I wrote the film during the Obama era, I knew it would be controversial, but when I knew that it would be releasing during the Trump era, I knew it was what America needed, and I knew they were ready for it.”

Horror, comedy, science fiction, fantasy, superhero films, on the whole, make the most money and even when they get solid reviews the idea of them getting rewards is seen is laughable. Why? I thought that Jennifer Lawrence did her best work in The Hunger Games series all her big Oscar roles left me kind of wanting more. While we certainly should make sure smaller art films are recognized for telling stories about everyday life beautifully, it shouldn’t mean well-made box office successes that are larger than life shouldn’t be recognized and shuffled along to the upside-down.

Television is catching up on that, it is time for the film industry to follow.

Nominations for the 75th Golden Globe Awards will be announced Monday, Dec. 11.