Is Gerri the Smartest Player in The Game of Succession? | The Mary Sue

Is Gerri the Smartest Player in The Game of Succession?

She's certainly one of the best 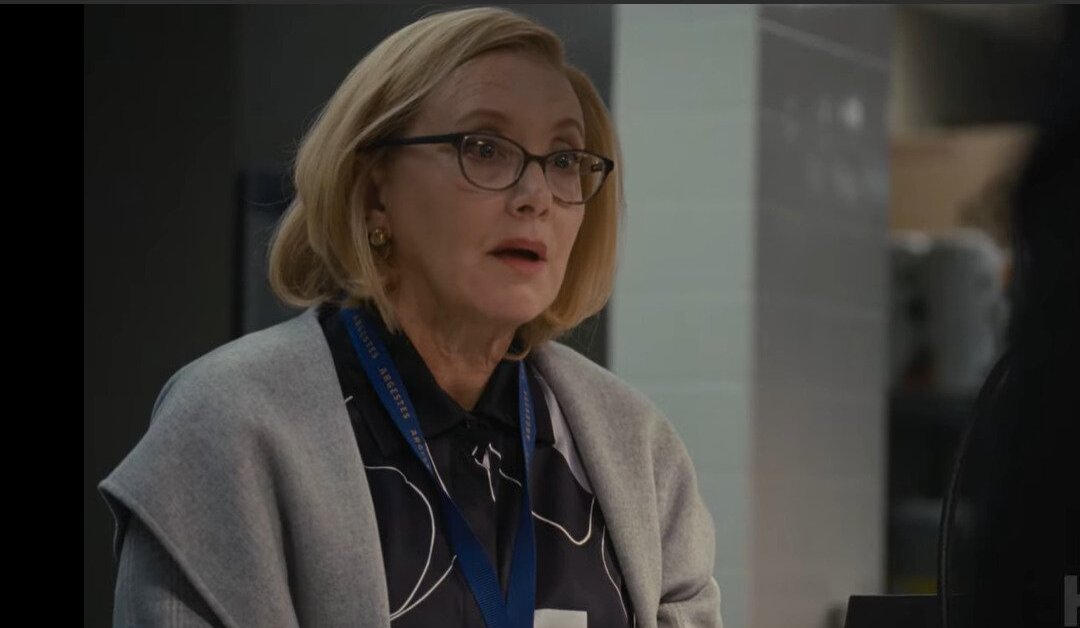 We’re not keeping corporate secrets here. We love Succession. The “King Lear in a media conglomerate” became a sleeper hit of the summer, building buzz before debuting it’s fantastic second season last month. Succession is the very definition of a tragicomedy, zig-zagging relentlessly between existential melancholy to razor-sharp satire, sometimes in the same second. We could go on and on about the loping charms of cousin Greg or the hysterical yet somehow heartbreaking work of Matthew McFadyen as Tom (and we probably will), to Nicholas Britell’s amazing score. We’ve already celebrated the brilliant Pierce women and the amazing Shiv Roy (Sarah Snook). But today I want to talk about Gerri.

Gerri, played with dry wit and quiet warmth but the fantastic J. Smith-Cameron, might just be the smartest player on the very crowded board. Gerri was quiet presence in season one, turning down the show’s own Iron Throne – the CEO position of Waystar RoyCo – in the second episode. It was a smart move, given that the company was mired in debt, and Gerri has continued to make smart moves ever since. Even as huge swaths of the board of directors have been fired and Roys have risen and fallen in the rapid succession (pun always intended) in the ranks of power, Gerri has stayed there, constant and calm.

Smith-Cameron was upgraded from a guest star to a series regular for season two and it was a very good decision. We’ve seen how good Gerri is at surviving, at keeping under the radar as the power behind the crown, and resisting the corruption comes with going after the big chair. And we’ve learned about her in interesting ways now that we’ve seen more of her. Now, when I say interesting, I mean really interesting. In a move that seemed odd at first, the end of last season and the start of this one saw Gerri semi-paired her off with Roman Roy (Kieran Culkin). Gerri initially seemed like a maternal figure for the perpetually acerbic, least tactful Roy, but oh boy did than change in episode five, “Safe Room.”

Roman has always been what we night call an odd duck, and in the past the show has alluded to a history of treatment from his family that was close to abuse, as well as his inability – or unwillingness – to engage in sex, even though we know he gets off on exhibitionism or humiliation. In “Safe Room” this all came to a head as Gerri berated Roman over the phone and got turned on by it, much to Gerri’s interest and amusement.

This was right before… you know. pic.twitter.com/IhcDZzG1FJ

But including Gerri in this story is the real stroke of genius, because she too lives a life controlled by the Roys, no matter how good she is at surviving. Having her be the one to exert power over Roman, but to also know him so intimately and dominate him in a way that’s actually compassionate to his needs, is fascinating. And it’s also amazing that we’re seeing a woman “of a certain age” in a sexual role. It’s not prurient, or objectifying, but instead subtly empowering to see a woman over fifty be powerful and smart and also insult a rich brat through a bathroom door until he climaxes.

Succession is endlessly engrossing in the ways it treats power, class and sex. It manages to comment on sexism without ever using sexual assault as story crutch (a point first noted on Vanity Fair’s excellent Still Watching Podcast, which also included a great interview with Smith-Cameron recently). We’re just past the half-way point of the season and I have no idea where any of it will go, but I have a strong sense that whatever happens, my girl Gerri will survive it.