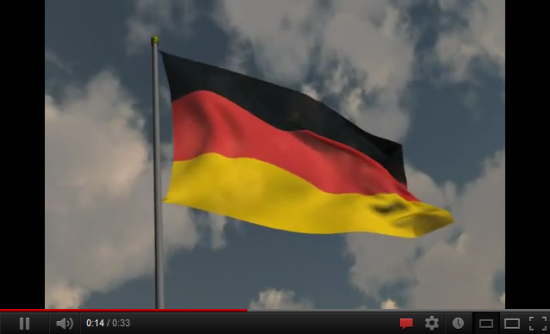 YouTube hasn’t been having a good month. First, Viacom’s billion dollar lawsuit against the company was raised from the dead and allowed to proceed, and now a German court has ruled that YouTube is solely responsible for the content uploaded by their users. By extension, YouTube can and will probably be held responsible for paying back royalties on infringing content. It might not be a billion bucks, but it’s still likely to be a hefty fee.

In their defense, YouTube has argued that since it makes a good effort to remove infringing content, it shouldn’t be held responsible, which is the logic behind the DMCA’s Safe Harbor provision. German courts seem to find that argument about as effective as U.S. courts, however. That is to say, not effective at all.

The suit was brought against YouTube by GEMA, a German royalty-collecting body, which took to the courts against YouTube over 12 — only 12 — music videos on YouTube that infringed on the copyrights of several of the bodies’ 60,000 artists. The courts ruling, which hasn’t yet compelled YouTube to fork over cash, orders YouTube to install yet another infringement prevention measure in the form of a word-based filter through which all videos will have to pass.

YouTube has argued that such measures will slow down the upload process, which will definitely have a negative effect on non-infringing users. Specifically, citizen journalists who frequently use the service to break stories with timely footage of news and even commentary. That’s to say nothing of everyone else, whose content may not be absolutely reliant on timeliness but may suffer from delays nonetheless.

YouTube is all but certainly going to appeal the decision, but considering this same argument hasn’t held up in the U.S. where copyright law contains a provision that supports YouTube’s argument, it’s questionable whether they’ll have any luck. Should YouTube ultimately be held responsible for the royalties, it very well may spur the site to take up a much more defensive takedown policy, which would negatively effect users everywhere. Hopefully YouTube won’t take a page from RapidShare’s recent anti-piracy cyberlocker manifesto, or else we might see a real bottleneck in online video content across the globe.